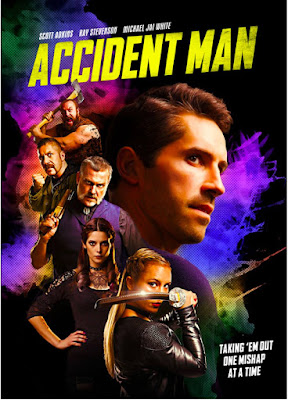 Back in the early 1990s a bunch of UK comic creators decided to have a go at doing their own comic so they could control the content and keep the profits. The comic was called Toxic and it was a good idea handled badly. One of the undisputed highlights was Accident Man, created by writers Pat Mills and Tony Skinner in tandem (visually brought to life by Martin Edmund and later Duke Mighten), and it introduced us to Mike Fallon, an assassin whose hits were made to look like accidents, hence the name. Full of violence and black humour, it was a cracking read while it lasted and it was obvious to all it would make a great film. Thing is, no one made it... 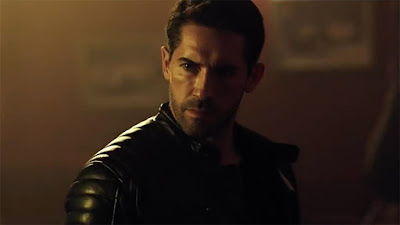 Enter Scott Adkins. Adkins is a veteran Uk actor and action movie star. Not just a pretty face and a lethal right foot, he is a professional actor who is also a very good martial artist. Coinicidentally, he has been wanting to make an Accident Man movie since reading it as a kid. Not known for his screenwriting, this is his first attempt (with another newbie writer Stu Small), after putting up his own money to secure the rights. Basically, it's a total passion project for Adkins, and passion is very important when making a movie, right? 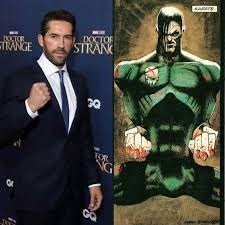 First up, I have to say that I loved Accident Man through and through. The plot is taken from the comic itself, although embellished for filmic purposes, as are several characters. For those who get arsed off with film adaptations fucking with the source material this is a godsend. More Dredd then Judge Dredd, this would even bring a smile to Alan Moore's face (okay, that might be stretching it). Adkins himself is pretty spot on as Fallon, and would have been inspired casting even if he weren't otherwise involved. Elsewhere he ropes in stunt and fighting mates like Michael jai White, Ray Park and the impreesive Amy Johnston to bring some of Fallon's fellow hit persons to life. Also in the mix is Ray Stevenson as the owner of the assassins bar where they all congregate and get their jobs. (There's more to the character than this but I don't want to spoil anything). Throw in some recognisable, reliable British character actors and you have a surprisingly solid cast. 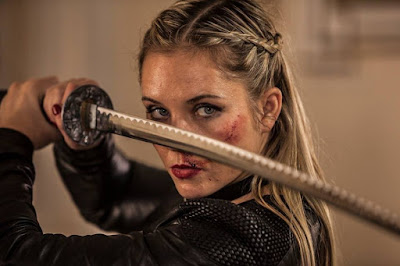 As far as action goes, it's all done brilliantly. All the players are experts at on screen (and off) ass kicking, so the level of expertise rivals some of Jackie Chan's movies. The direction eschews the usual Hollywood fast cutting bollocks for lengthier shots showcasing the moves involved and it makes quite a difference to the feel of the film. A nice touch is Fallon's voiceover that permeates the film, bringing some very nice humour to the proceedings and mirroring the narration in the comic exactly. The whole thing is very British, very violent and very amusing, with my favorite quote being "We speak the Queen's English in here, alright you C**T!". Yes, it's definitely not safe for work. 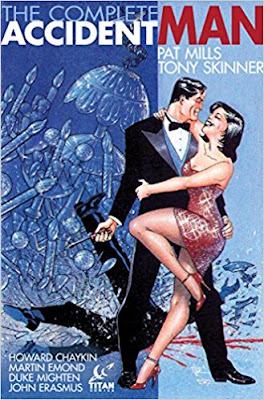 If you've not read the comic, it's well worth checking out. If you liked Deadpool you will love this as a more grass roots version (Adkins and Reynolds are quite similar looking, too). If you like guff like Rise Of The Foot Soldier and the like you'll love this for the cockney smack ups and superior plot/dialogue. If you just lik action movies with decent fights you'll love this. Most of all, if you ARE a fan of the comic you have no excuse, as this is one of the best comic to screen adaptaions yet. Set up nicely for a sequel, Accident Man doesn't slip up even once.