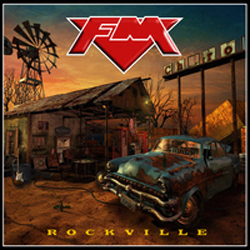 FM are the group that never quite made it but never quite gave up either. Vocalist Steve Overland once joked about the number of top 50 singles they had back in the day, never quite cracking the charts like so many people predicted they were destined to do. Then, in the 90’s, grunge came along and kicked them in the bollocks. Grunge was like that, which is why normal people hated it. Today’s kids have David Cameron to hate, we had Grunge. 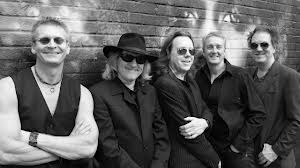 So FM disappeared for a while, but the rise of the internet allowed more and more people to badger them about getting back together, and so they reformed for a one off gig at Firefest in 2007, having so much fun and receiving such a great response that they decided to give it another go. The comeback album, ‘Metropolis’, was a corker, the band incorporating a more bluesy sound to go with their soulful AOR, most likely due to the recruitment of new guitarist Jim ‘Even His Shooze Are Blooze’ Kirkpatrick. Next month sees the follow up, for which the band have embraced the modern age by funding it through Pledge Music, something that was so successful they’ve actually recorded a second disc after getting more than double their target. For now, though, it’s time to visit ‘Rockville’. 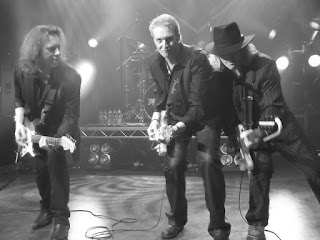 The album opens with a muted guitar and muffled drums that take a few seconds to burst into stereo (yeah, it’s an old trick) and we’re off with ‘Tough Love’, a mid paced track that rattles along with a strong beat until the catchy chorus kicks in. If there’s something FM know about, it’s catchy choruses, and this one will have you singing along with no difficulty whatsoever. Steve Overland croons as well as he ever does, and to be honest it’s a pain writing about him because I tend to run out of superlatives to describe his voice. Let’s just say he’s jolly good at this singing lark, is Steve. The production is nicely in your face, allowing Pete ‘Don’t Call me Robert Lindsay’ Jupp to really shine at the back, as well as showing off the very tidy licks and solos from Young Master Kirkpatrick. This is definitely a textbook way to start an album. 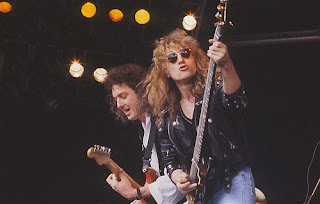 Track two, ‘Wake Up the World’, is actually one of my favourites on the album. It starts off like a slow, soulful ballad, picking up the pace slowly and moving to a superb chorus that should have hands waving live. It’s got an ‘Only The Strong’ vibe about it, which can’t be a bad thing. The quality continues with “Only Foolin’, which fans should be aware of from the EP release last year, then it’s on to the first truly AOR track on the album, ‘Crave’. This is a guitar led, summery song with a great hook, and although it’s about a failed love affair the melody is so infectious you’ll be glad it failed!  Next up there’s a nice little duo in ‘Show Me The Way’ and ‘My Love Bleeds’, two tracks that bounce along very infectiously, although I can’t help thinking that in the latter Steve Overland is singing about ‘My Love Beads’, the dirty boy! It’s a good, chunky riff driven song, though, whilst ‘Show Me The Way’ has a little more fluff but is no less catchy. 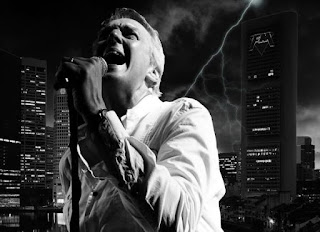 The first ballad comes in at number seven, in the shape of ‘Story Of My Life’. As with any FM ballad, it’s lifted from potential obscurity by Overland’s soulful delivery. I have to say that I’m not a massive ballad fan in general, but this has got an amazing chorus that will keep it on the playlist for sure, even if the opening piano bit is almost lifted from Heart’s ‘Alone’. ‘Better Late Than Never’ kicks off with a solid, bluesy riff from Jim, morphing into a more standard AOR track which will keep your toes tapping and your fingers clicking with it’s infectious beat and a groove that flirts between melodic rock, blues and a little honky tonk thanks to Jem Davis on the keyboards. I think my favourite track must be ‘Crosstown Train’, where FM finally get to let loose with some truly big riffage and a faster pace than elsewhere. Jim gets to play with fills, riffs and a great rock solo, and probably the best comparison would be the storming ‘Bad Luck’ from the ‘Tough It Out’ album, more for the feel of the thing rather than the actual tune involved. 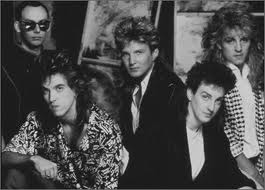 The album closes with another two great tracks, marking a full house for the album, quality-wise. ‘Goodbye Yesterday’ and ‘High Cost Of Loving’ both score high in the melody stakes, with the former treading familiar melodic rock territory and the latter with a more soulful edge. Together they wrap up what may well be the bands finest effort, certainly up there with the likes of ‘Tough It Out’ in terms of melody and power. I’m certainly intrigued as to what ‘Rockville II’, the ten track disc to be released on March 25th, will bring.  Suffice to say, this is an album FM fans will adore, and if you spread the word through social media with the video for ‘Tough Love’ freely available they may just pick up some new devotees. Either way this is a must, so Buy Or Die, true believers. 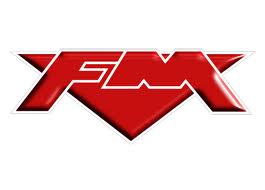 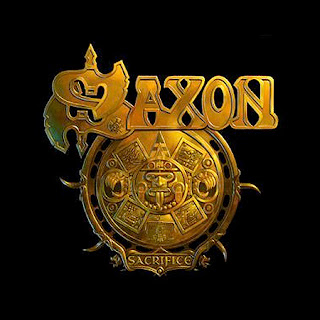 37 years and twenty studio albums… you’d think that Saxon didn’t have any more heavy metal left in them, but faced with the mammoth task of following up the excellent “Call To Arms” they’ve stepped up to the plate and knocked it out of the fookin’ park yet again. 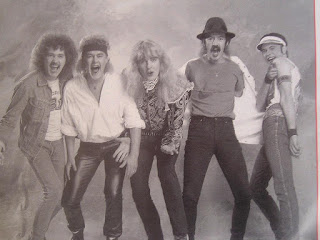 Whilst I enjoyed Saxon’s more heavy metal output that kept them afloat for much of the late nineties and noughties, I always preferred their more melody led output, where they mixed ball achingly heavy riffs with catchy choruses and a natural flowing style. As with their previous release, “Sacrifice” takes what’s best about Saxon in their NWOBHM days and Saxon as a heavy metal band and squeezes them together to hopefully keep everyone happy. 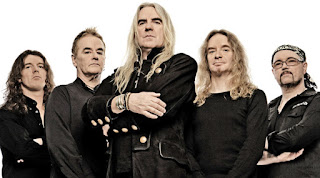 With that said, you’re not going to get anything really new here, as Saxon are one of those bands that aren’t prone to too much experimentation. Regardless, whilst bands like Iron Maiden and Black Sabbath have their copycats, I have still never heard another band that have a sound quite like Saxon. This is partly due to Biff Byford’s unique vocal sound, a sound he will be lending to Avantasia in a couple of months. He sounds as good as he ever has here, and I can vouch for the fact that he can also carry it off live as well, a true metal god if ever there was one. 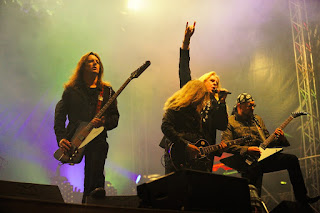 The only skippable moment on the whole album is that old bugbear the unnecessary intro. A pointless minute and a half at the beginning of the album, all “Procession” manages to do is piss me off, but at least it can be skipped rather than being bolted on to the first song proper, the belting title track. It kicks in with a crunchy riff, some neat wah wah work and Biff riding the lot like a surfer on a wave. It’s a heavy song, but never sacrifices (no pun intended) melody for simple power. From here on it’s non stop, without any ballads or plodding metal grinders in sight. “Warriors Of The Road” is worthy of extra attention, a fast and very melodic piece that should kick ass live, and even when things slow down a bit for “Night Of The Wolf”, it’s all about atmosphere, bringing to mind the likes of “Dallas 1pm” or “Crusader”. I have a felling that this one might just get it’s claws (pun definitely intended) into the live setlist for a few years to come. The only sort of let down is the album closer “Standing In A Queue” which is a good song musically but is let down by some pretty naff lyrics about, well, standing in queues.

In closing, “Sacrifice” is as good as any Saxon album of the last thirty years (and a bit). It’s everything you love about the band musically and lyrically, and it really is astonishing that they can keep making such exciting music after all this time without sounding tired or repetitive. Simply put, this is a must buy for any Saxon fan, even those who drifted off years ago. Saxon are still here, so stand up and be counted with them.