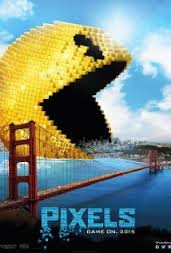 Wow... this film has attracted some particularly venomous internet comments, even for an Adam Sandler vehicle. Myself, I used to quite like Sandler when he made funny films, but nowadays he's rather hit and miss. I quite like the gentler stuff like 'Blended', but throw in 'Jack & Jill' or the abysmal 'Grown Ups 2' and you have more misses than hits. 'Pixels' is his last proper film before he leaves Sony (he's also doing 'Hotel Transylvania 2), and boy do people hate it. 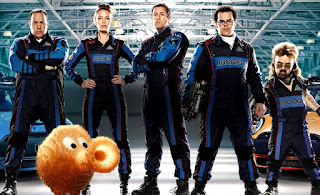 So whilst I sat prepared for the worst, I was hoping to enjoy this one, as I'm a fan of old arcade games myself (old enough to remember them as new arcade games). In case you didn't know, 'Pixels' concerns an alien invasion which takes the form of 80s video game challenges, with earth having three lives to lose the planet for good. President Cooper (Kevin James, just get over it) calls in his old buddies from childhood to help out, as the invaders are using the same pattern template that they used to be so good at defeating in the arcade. That's the meat and two veg of it, with Sandler playing Brenner, a nerd who never really did anything with his life and all the usual zero to hero guff. Predictable? Well, yeah.

Whilst it's never going to be mentioned in the same breath as the likes of 'Ghostbusters', 'Pixels' does it's job very well. The characters are pretty basic, although kudos to Peter Dinklage for making his video game bad boy/twat Eddie more than two dimensional (with a GREAT mullet). There's even the standard love interest, although Michelle Monaghan at least gets to give her some balls. So why isn't it shite?

Well, in simple terms it's just an enjoyable film. No one dies (not even Sean Bean!), there's no foul language and all the violence is literally video game violence. There's plenty of characters for fans to spot (The dog from 'Duck Shoot' anyone?), and the effects really are spot on when it comes to realizing these classic games in real life and dimensions. This was never going to be deep or meaningful, and it doesn't even try. It's a sit down, watch, have fun, leave movie, nothing more. I may watch it again in a few years when it's on TV, but I'm not likely to go around shouting it's virtues from the hilltops.

The honest truth is I enjoyed 'Pixels'. It's fun and user friendly. Maybe it's better for me because of the nostalgia factor, or maybe I just don't feel the need to hate on Sandler like so many others, merely to take each film as it comes. All I'm saying, is give 'Pixels' a chance. 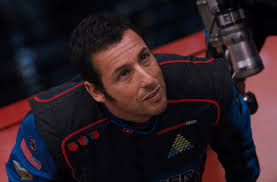