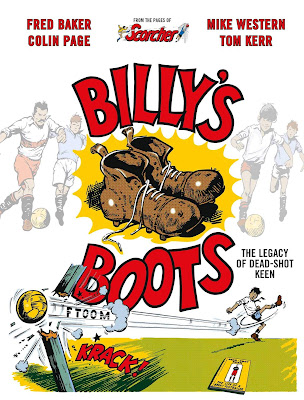 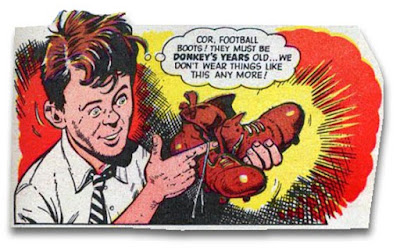 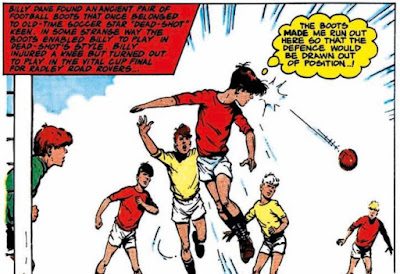 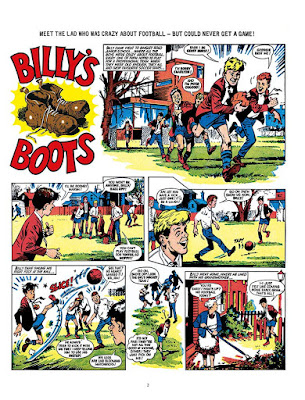 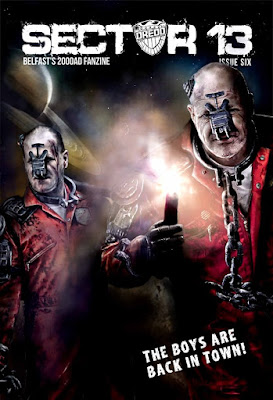 Never mind all the fuss over Brexit, one thing that's stablein Ireland is the Belfast based 2000AD fanzine Sector 13. doing their best  to take the worlds created in the comic in new directions and succeeding nuicely. 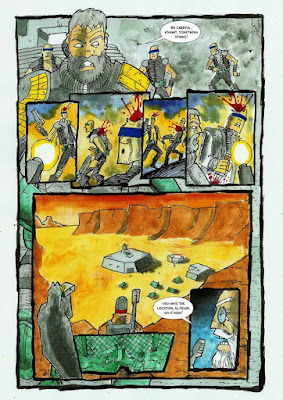 Printed in A4 size on nice, thick stock, Sector 13 always impresses before you even open it up. The Sector 13 fan group has a good few cosplayers amongst it's numbers, and a couple are used to nice effect on the photo cover, with Simon Crockett and Graham Alexander doing a good job as Titan inmates. Zarjaz! 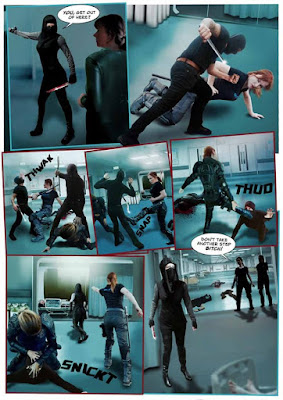 The mag starts off with a continuation of Judge Knight's long walk from the previous issue. We were left with a revelation about organ leggers and other skullduggery, and the first strip carries on where that left off, although with a handy one page recap. The story actually continues directly into teh second strip, titles 'Home', though now it shifts to photo-story mode, and features some very impressive visuals. It's gripping stuff, and certainly left me wanting more. Scott Twells' minimalist art in the first part is quite effective (especially when there's a big explosion), and the photo strip follow up benefits from great costumes and model work. 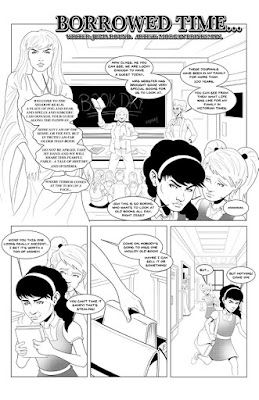 'Borrowed Time' is next, a twisty slice of light horror that would have been at home is the pages of Misty back in the day. Morgan Brinksman's uncluttered, clear art compliments Julia Round's script nicely, and all in all the story works very well. 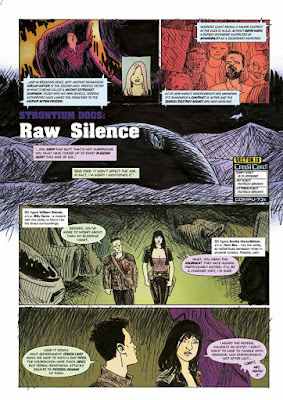 We're introduced to a couple of new Strontium Dogs next, as Billy Camo and Hurt Box hunt a mutant terrorist. This is an interesting one, mainly because writer WD McQuaid has managed to create an original planet and race of aliens, coupled with the very interesting Hurt Box. Between it all there's a strong story here with a pleasing conclusion, although I have to say I found Patrick Brown's art a bit too scratchy for my tsates although it does get the job done. 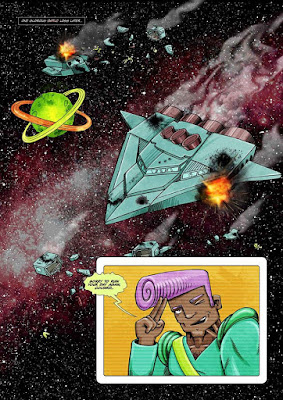 'Coltard The Conquerer' follows, and it's a funny one off about the daily doings of a galactic dictator. It's not easy being a dictator, especially with the likes of Blade Braxtin always trying to spoil things with his heroics and square jaw. It's aperfect few pages of daft after some serious stories, and Glenn Matchett's sperkling script is lifted even higher by Cat Byrne's wonderful, colourful cartoony visuals. A perfect example of self contained silliness, this is my favourite thing this issue, and I like the fact evil space dictators wear bunny slippers. 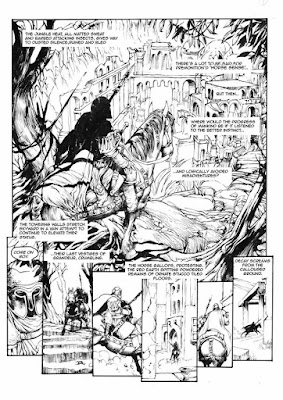 A bit of a coup next, as 'Horse Sense' is a fantasy one off written and drawn by 2000AD alumni Will Simpson. It tells of an unnamed hero and his horse Phoebes, as he bascially goes into an old temple and fights a bunch of monsters. Narrative-wise there's not much going on, as the whole point seems to be that if we had as much sense as horses we wouldn't go off fighting monsters. That aside, though, it really does look glorious, with Simpson's black and white action scenes jumping from the page. A light tale, masterfully executed. 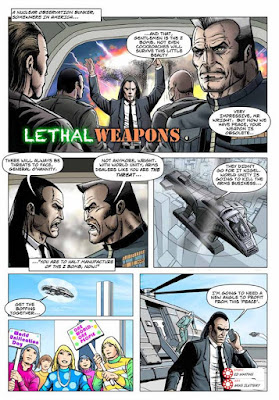 The final entry is another self contained future shock, 'Lethal Weapons', written by Ed Whiting (his first for Sector13). It concerns an arms dealer who has to think of a new way to do business in a world that's attained peace. It's pretty good, though a had me scratching my head a few times, and Mike Slattery's art is a good fit. Logically, it doesn't hold up, but the pay off is original and I still enjoyed it.

So there you have it, as Sector 13 swerves away from 2000AD for half the mag and is none the worse for it. What you have is the best of both worlds, all wrapped up in high production values. As ever, this comes reccommended, and if you haven't tried any have a go at getting back issues if they're available.