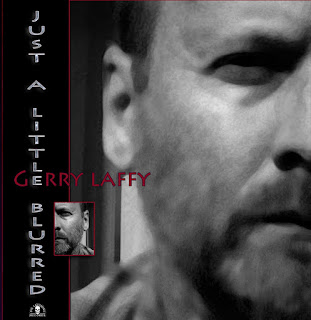 Gerry Laffy has been about for a few decades now, but is no doubt best remembered as the co founder, guitarist and driving force behind Girl in the late 70s and early 80s. They are one of those bands that still have a small but loyal following, and it’s mainly for these loyalists that Laffy has self recorded and released this album of new songs, playing everything and recording it all by himself. Okay, so that’s not 100% true (get used to it) but I will explain later. 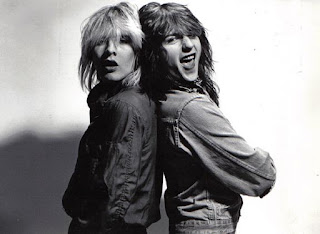 Those expecting a flurry of retro glam rock will not be appeased by ‘Just A Little Blurred’, as this is the work of a man who has been around doing other stuff for thirty years, and the last thing he needs is to try and recapture a cool yet out of date sound. What you get is ten fresh tracks that don’t conform to any pattern except the one that was in Laffy’s head when he was writing them. As a small bonus, there’s even a re-recording of Girl’s debut single ‘My Number’, (see! I told you I would explain) done for a bit of fun with longtime superfan Craig Bundy on bass. It’s slowed down from the original, but still a great song, and what’s the point doing a straight cover of one of your own songs? That aside, this is a very eclectic compilation of fresh material which contains, it has to be said, something for just about everyone except those who like thrashy shite with shouty vocals, and to be honest fuck the lot of ‘em is what I say. 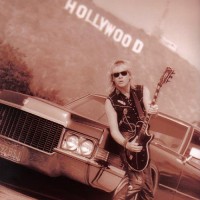 There’s nothing too energetic on show, as the tracks are mostly mid range, although there’s certainly plenty of guitar widdling and some nice, chunky riffs. Opener ‘I’m Free’  is a very catchy piece, and there’s a very nice instrumental called ‘NHS’, whilst ‘Waiting‘ has a classic blues riff underpinning a catchy song. When Laffy slows things down I am reminded of Francis Dunnery‘s solo output, especially on the laid back and quite beautiful ‘Sunshine’ and the dreamlike ‘Love’. At the end of the album is a nice guitar led track called ‘Too High’ (and not in an altitude sense) that was recorded after the covers were printed, and it’s another one that shows that Laffy hasn’t lost any of his soul or guitar playing nous. It’s all quite refreshing in a way that a man trying to recapture his youth wouldn’t have been. 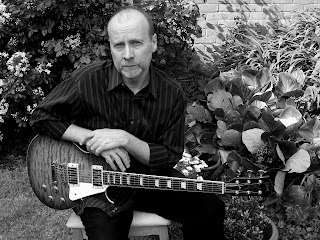 ‘Just A Little Blurred’ is a very nice album, covering a variety of moods. It’s never less than entertaining and well worth a listen. If that’s not enough for you, it’s only a fiver from Laffy’s own Facebook page, and for that he will throw in a previously unreleased (and very, very good) live Girl album, recorded at The Greyhound in Fulham back in 1982. It’s a total bootleg and as such captures the intimacy and friendliness of the gig, down to some fine onstage banter and a definite crowd noise that a mixing desk recording rarely captures. Bargain of the century? Quite possibly, so go and buy it. 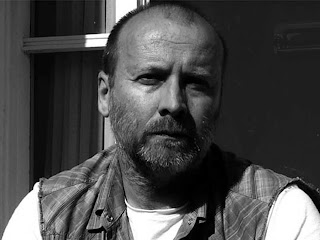 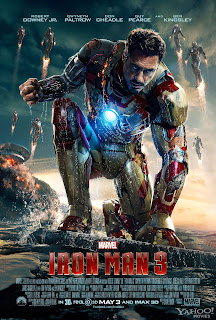 First up, let’s set the scene. Tony Stark (Robert Downey Jr - Weird Science) is a little fucked up from the events in The Avengers. Yeah, he got to go through a wormhole in space, fight freaky aliens, die a little bit and get touched up by The Hulk when he fell back to Earth (in true David Bowie style). Suffice to say, that’s gonna mess with your head a little. Things aren’t made better when evil terrorist The Mandarin (Ben Kingsley - Coronation Street) starts to bomb seemingly random targets in the USA. In a possibly insane move, Stark throws down the gauntlet and invites the most dangerous terrorist in the world to come and have a go if he thinks he’s hard enough. This is not a good idea… 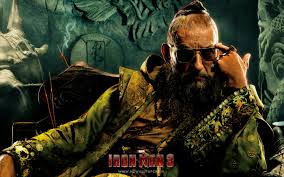 The most noticeable thing about Iron Man 3 is the incredibly sparkling dialogue. This, I assume, can only be because the co writer (and director) is none other than Shane Black, the man who gave us the likes of ‘Lethal Weapon’ and the wonderfully profane and funny ‘The Last Boy Scout‘. With him on board, Stark’s witty lines get wittier, Pepper Potts (Gwyneth Paltrow - Duets) is more bearable and there’s even a kid who is not annoying at all. This, people, is a first for Hollywood (and yes, I mean you, Short Round). So full marks for dialogue, but what about the plot? 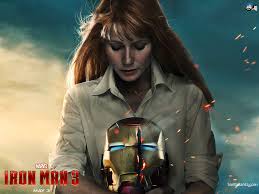 Well, without ruining anything the plot is pretty good. It is loosely based on the ’Extremis’  comic storyline, one of the best Iron Man has had, but don’t look to that for any real clues. It’s a reasonably tight plot, and is hinged on a great performance by Kingsley, who is definitely the one you will be talking about when you leave the cinema. Robert Downey Jr IS Tony Stark, mind, and as usual his performance seems effortless. Even Guy Pierce (Neighbours/Home & Away) pops up as a complete dick and throws in a few surprises. There’s also decent interaction and character development for Jim Rhodes (Don Cheadle - The Bernie Mac Show), as his War Machine alter ego is upgraded to the sparkly red white and blue Iron Patriot. All in all, a good story that doesn’t disappoint. 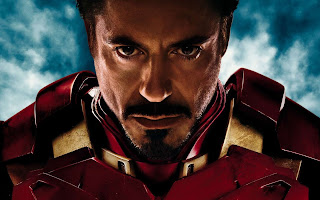 ‘Iron Man 3’ will not leave any fans wanting, as it ticks all the boxes we need. The first film set things up and was, in retrospect, okay. The second film improved on this with a much better story and villain, whilct Iron man three throws in plot twists, some genuinely thrilling peril and a villain that you can’t see Stark getting the better of. Thoroughly enjoyable, if not at The Avengers level, this is a great, fun film with lots of things going BOOM.

Oh yeah, and I suppose you want to know if you should sit through the freakin’ credits. First of all, the initial credits are a brilliant pastiche of 80’s TV action series, so watch those for a laugh. If you then sit through the standard trawl of credits (always fun to look for daft names) you will get a further scene that is quite fun, but it’s NOT a teaser of any kind. Up to you, true believer, but I was glad I saw it.