BRUCE DICKINSON – 'What Does This Button Do?' - BOOK REVIEW 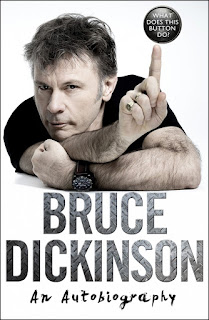 One of the criteria for writing a good autobiography is that it helps if you have led an interesting life, and Paul Bruce Dickinson has certainly done that. Another is actually being able to write the bloody thing well enough to make it fun to read, and blow me if he hasn't gone and done that as well. 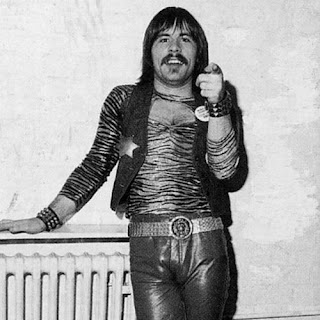 The book landed in my lap with the satisfying thump of 350-odd pages, satisfyingly unintimidating yet beefy enough to get stuck into on a cold afternoon. Dickinson's mantra of 'No births, marriages or divorces' is interesting, and he never divulges any of that information about himself, or indeed anybody else, concentrating on much more interesting stuff. For 'more interesting stuff' read 'school, Iron Maiden, solo stuff, flying and cancer' – in that order. Existing fans will likely be well aware of these five stages in his life, but this doesn't make it any less interesting to finally get the truth about, for example, exactly what he did to his headmaster's beans that got him kicked out of public school. 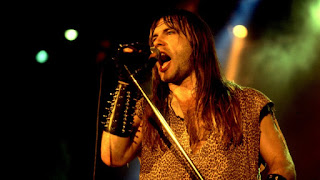 Dickinson has always come across as a man happy to speak both his mind and the truth, and this comes across throughout the book, as does his continuing amazement at a life that has given him opportunities and obstacles that have all been grasped and embraced or despatched as appropriate. The early days of Maiden are given suitably in depth treatment, and as his career goes on he wisely scales back the Maiden stuff, such as in depth album introspection, and wanders off into other interests and experiences, most notable fencing, his solo career and, in the latter part of the book, flying. The last section concerns his battle with cancer, and it's brutally frank and often laugh out loud, as Dickinson spares no faecal detail. It's like watching highlights of a football match, in that I was cheering him on even though I knew what the result would be. 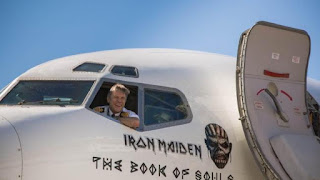 'What Does This Button Do' is a quite a read, and of course the perfect Christmas present for any Iron Maiden fan. As with Bruce himself, though, there's so much more to it than Iron Maiden, and I can honestly say that he is a genuine role model and inspiration for his sheer determination to attack life with determination, honesty and a sense of humour. Short hair, no tattoos, no drugs (well, not these days), this is what rock and roll is all about!
Posted by Reviews Ed at 06:33