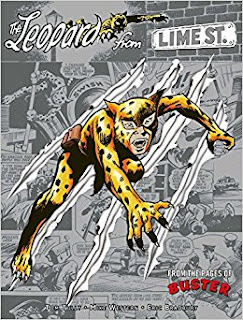 Okay... before we kick this one off I have to have a little fun with the similarities between this and a certain ol' web slinger. See if any of this rings a bell: A weedy schoolboy gets attacked by a radioactive animal and subsequently gains the attributes of said animal, including a sixth sense that warns him of danger. The boy, who lives with his aunt, dresses up in a costume resembling the animal and fights crime, making extra money by taking photographs for a local paper, for an editor who thinks his alter ego is a menace! Yes, it's the Leopard From Lime Street of course, and any similarities between superheroes from accross the pond were entirely, um, got away with. 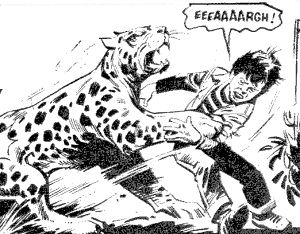 Starring young Billy Farmer as the boy scratched by a radioactive leopard (really), The Leopard From Lime Street ran for nine years in UK kids comic Buster, a drama strip breaking up the humour. When I heard Rebellion (gawd bless 'em) were reprinting what must be about a years worth of the strip, I was concerned that it mighgt be, to be frank, a load of old shit. I mean, once you read the above it really doesn't suggest that this will be a well written, beautifully illustrated tale that will keep readers gripped throughout. Great news, readers - it blummen well is! 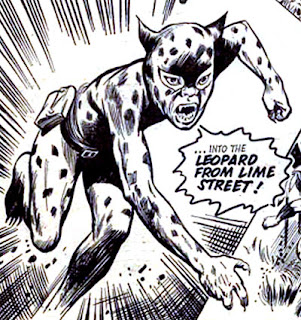 First up, you have to understand that this was a strip written by Tom Tully, an absolute master of the two and three page drama strip. Tully wrote so many at the same time that he once boasted of earning more money than the Prime Minister, and he had a knack of having readers gagging for the next issue so they could see what happens next. If that's not enough, the artwork is a collaborative effort from Mike Western and Eric Bradbury, two men rightly famed for their solo work. Together, they create sterling work throughout, giving the strip a real vigour and energy as well as humour when needed. It's a great example of great art complimenting great scripts throughout. 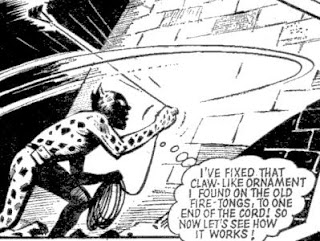 Storywise the strip is reasonably light - after all, the comic itself was aimed at younger kids. The bullying Billy experiences can be quite nasty, and the villains he combats are a vicious lot in the main, but a sense of humour is kept throughout, and you're never really worried that Billy might lose a leg or something. In this volume one story has him trying to get a picture of a famous starlet, another rescuing a kidnapped scoolmate. Throughout he tries his best to avoid his workshy, violent uncle, whilst saving to get his lovely aunt a colour TV (luxury!). To do this he has to put up with his editor's insistence that the 'leopard man' is a menace and his habit of paying as little as he can for Billy's exclusive photos. 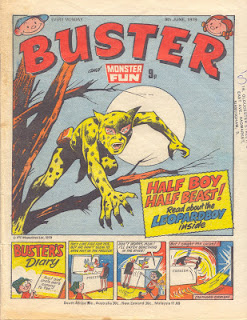 Compared to Rebellion's other recent volume "One Eyed Jack", The Leopard From Lime Street is definitely a kids story, but for some reason I simply couldn't put it down, and would happily have read another 150 pages straight after. If you have fond memories of this strip, then you really have to buy this, as I guarantee (note: not a legally binding guarantee) you will fall back in love with it. If you're a newcomer to the leopard's antics it's well worth a look, a fine example of 1970's British storytelling at it's finest. Now when's volume 2 out...

Out 12th July, available to pre order in softcover or hardcover from the 2000AD shop