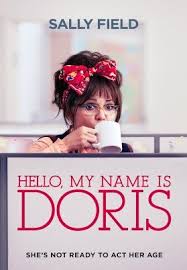 This isn't the normal type of film I tend to review here, as there's no spaceships or superheroes in sight, and the only horror is Sally Field without her make up. No. Scratch that, as Sally Field is what makes this move worth reviewing and indeed watching, and the gal looks great for a woman of nearly seventy. 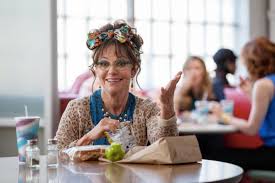 Field plays the eponymous Doris, a woman who has lived all her life with her mother, and when her mother dies she feels understandably lost. She fixates on a handsome young guy at work, John (Max Greenfield), increasingly convinced that there could be something between them, despite that fact she is about 35 years older than him. So she basically stalks him, including using a fake Facebook profile to find out what he likes. Unexpectedly, this gives Doris a new lase of life as she gets out and about and comes out of her shell for the first time in her life. She's weird, but as John says it's "a good weird". 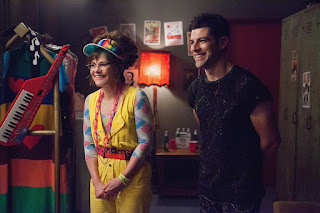 If looked at cynically, 'Hello, My Name Is Doris' is a film about a creepy old lady stalking a young guy, and it could easily have been just that. The thing is, the writing and acting make it a sweet, funny film about a woman coming to terms with a new chapter opening in her life. Sally Field is wonderful, imbuing Doris with genuine character, whilst many of the supporting cast (including Tyne Daley) themselves do a bang up job in fleshing out a relatively simple story. 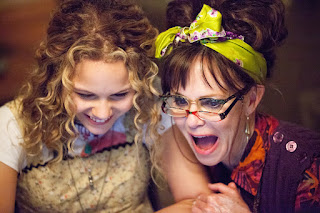 'Hello, My Name Is Doris' (taken from her name badge at a self help seminar) is a film that will likely bypass most people, but I hope that some of you read this review and maybe check it out when it pops up on Netflix or whatever. Genuinely funny at times, quite charming and deeper than you'd think, this is a film that can be enjoyed on many levels.