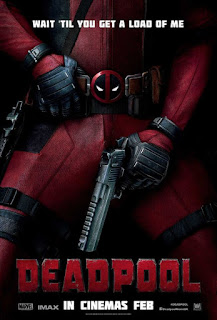 This could have gone so horribly wrong. A superhero movie that features a lead character that kills people, swears, has sex and talks to the audience? Man, that could've backfired big time, but if you want to make a Deadpool movie that honours the source material that's just what you have to do. So here it is: the first big budget film based on a Marvel property that's definitely not for kids, although kids are gonna love it, trust me. 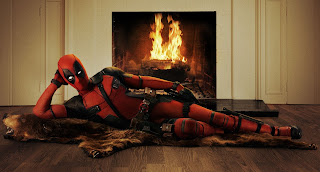 Wade Wilson is a mercenary, dishonourably discharged from the forces, he now sells his services to people who want him to deal with scumbags. This is made clear: Wade Wilson is NOT a bad person, but he likes doing bad things to bad people – he's good at it. Essentially, Wade falls in love and gets cancer, so much cancer that he's basically fucked eight ways to kingdom come. A shady guy says that his organisation can cure him and also give him powers, so what's to lose, right? Long story (filled with pain) short, Wade gets cured, gets mutilated, gets powers, and becomes Deadpool to get both revenge and his movie star looks back. That's your basic plot, now add swearing, violence, sarcasm and rude jokes. Ta daaa – Deadpool the movie. 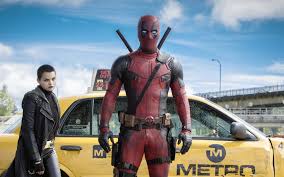 Amazingly, it's not actually a bad plot. It;'s simple enough to follow, and has enough detail to make you actually care. This is helped by uniformly good performances, including the awesomely lovely Morena Baccarin as Wade's girlfriend. The star is, of course, Ryan Reynolds, who you would think was born to play this character. His previous disastrous appearance as Deadpool in Wolverine: Origins is quite rightly mocked a couple of times, as is Wolverine himself. The origin story is told in flashbacks rather than in a linear fashion, and it does a good job of spacing out the incredibly well shot violence as Deadpool tracks down the man who cured/maimed him/made him immortal. This a film that looks GOOD. We even get a couple of X-Men thrown in, with a totally CGI Colossus and dwarf Sinead O'Connor called Negatonic Teenage Warhead. At the X Mansion, Deadpool quips that it's almost as if the producers couldn't afford any other X-Men. 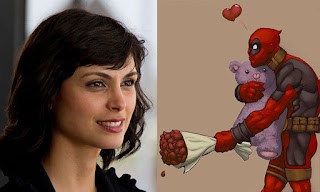 Like many fans (although not of all his comics) I was looking forward to this and also dreading a massive clusterfuck as a frightened studio backpedalled away from everything that makes Deadpool Deadpool. Let me assure you that no such thing has happened, and it really is like watching a live action version of the best of the comics. Deadpool tells the audience that it's a love story, and at heart this is totally true, but love really does hurt (mostly other people). It will make you laugh out loud many times, and I can say with sincerity that people who have never heard of Deadpool can still enjoy it for the sheer amount of silliness packed in. Remember, though, they also have to like violence and profanity so choose your date wisely. 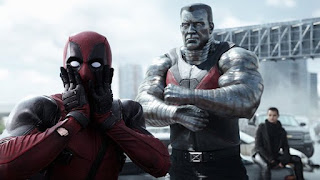 Deadpool has quickly inserted itself at the top of my favourite Marvel movies tree (although it is made by Fox). It's up there with Guardians Of The Galaxy for action packed fun, and a real shot in the arm for the genre after the limp cumrag that was Fantastic Four. It's juvenile for the most part, and over the top throughout, but there's going to be a sizeable audience out there for it, I'm sure. Oh, and don't forget to stay for the post credits scenes, y'hear?