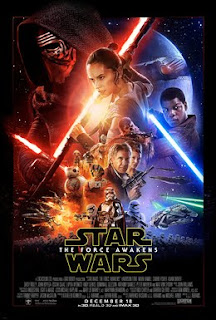 It’s been a long wait for a Star Wars film worth the title. Anyone with any honesty within themseloves knows full well the prequel trilogy just wasn’t good enough, being soundly trounced by three films made with toilet rolls, glue and, most importantly, heart. Thank Bod, then, for Disney, who paid a lot of Micky Mouse money to wrest the franchise from George Lucas. 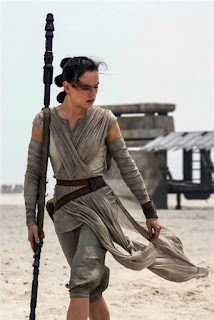 So tension and excitement have built, with the seemingly safe pair of hands that is JJ Abrams at the helm, not only a great director but a massive fan.  We were promised less CGI and more passion, more like the first film, and that, my friends, is exactly what we’ve got. 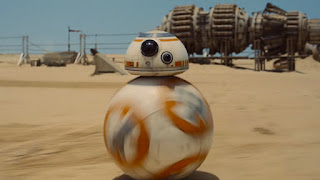 Watching ‘The Force Awakens’, it’s easy to see that Abrams and his cohorts realized that what they wanted was to make a similar impact on new viewers as the original did on us old farts in 1977. He’s cast relative unknowns in all the leads (aside from returning characters) and stripped the story back so we come full circle, with a young nobody, Rey (Daisey Ridley), getting mixed up in intergalactic war. The war this time is between the New Order and the Resistance, basically the Empire and the Rebels thirty years on. She is teamed up with a deserter Stormtrooper, Finn (John Boyega), which is a nice touch, and a robot called BB-8 which is basically a smaller, cuter, more mobile version of R2-D2. Rey and Finn get caught between the New Order’s new weapon (more a Death Planet than Death Star) and the Resistance, both of whom want information from the BB—8 droid. It’s a rather similar plot to ‘A New Hope’ in outline, and all it needs is a plucky Corellian smuggler to join in. Oh, wait... 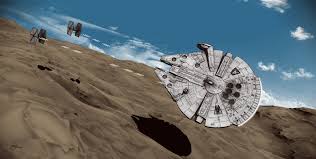 When it gets things right, which is most of the time, the film delivers in spades. Tie fighters, star destroyers, X-wings, Lightsabres, Chewbacca actually using his Bowcaster, Han Solo being, well, Han Solo – it all works so well, bolstered immensely by the likable Daisy Ridly and, to a lesser extent, John Boyega. There’s an effective new bad guy, too, in wannabe dark side master Kylo Ren, and you can expect to see his nifty lightsabre in shops all over the place. I loved the fact that old characters returned, but are not allowed to overshadow the new ones, with Harrison Ford being given the meatiest part of any. 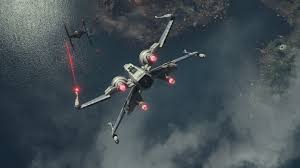 So I suppose this is Star Wars for a new generation, whilst keeping the old generation happy as well. It looks fantastic (even the 3D version is great), with plenty of aliens wandering around and even a cantina-type scene complete with band. There’s no mention of midiclorians, and Jar Jar Binks is consigned to the dustbin where he belongs.  There’s several superb action set pieces, and the fighting is much more graphic and realistic than before, warranting a deserved 12A certificate.  My only niggle is the fact that the New Order’s big boss is never explored in any way, but I would hope this will come in a sequel. So is The Force strong in this one? Fuck, yeah!