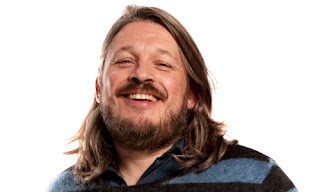 Richard Herring is primarily known for having a last name that sounds like a fish, and possibly for growing a Hitler Moustache. Then again, you might remember him from his early days with Stewart Lee, or be one of the few that knew him at school, where he was the headmaster’s son and not half as funny as he thought he was. Even if you’ve never heard of him, Richard Herring is someone you need to get acquainted with, simply because he is a very funny man, one of those comedians who is clever and erudite for the most part, but also not averse to the comedy equivalent of laying in the gutter and gargling his own piss.

Another clever and erudite man who does not shy away from filth and depravity is Stephen Fry, a man as loved by the public as he is sometimes loathed by himself. Stephen Fry is a British Institution, whilst Richard Herring should probably be in one. Not really – I just couldn’t resist that gag. One notable thing about Stephen Fry is that if you use Google images to search for him (as I have done for this review) you get the additional options of “Fat” and “Thin”. 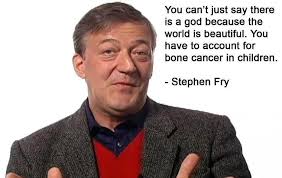 One of Herring’s current projects is his extremely well received Leicester Square Theatre podcasts, wherein he interviews at some length various people. The line-up has been a veritable smorgasbord of comedic talent, with guests including Tim Minchin, David Mitchell, Charlie Brooker, David Baddiel, Dave Gorman and the inevitable Stewart Lee, who obviously needs the work since he split with Herring and the calls stopped coming. The podcasts are available for free in audible form, but are well worth paying for to own as videos. 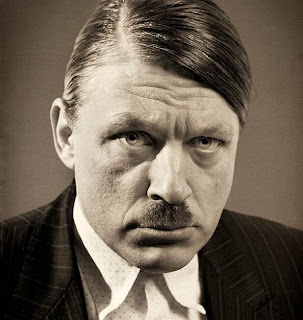 Although there is a new one with classicist (and noted non comedian) Mary Beard now available, it’s the Stephen Fry one that I wanted to review, simply because it’s one of the funniest ninety minutes you can have without watching Bristol City try and scrape a point. If you, like me, think that today’s chat shows are boring, insipid and grovelling affairs where not enough guests are asked about sucking their own cock then this is the one for you. Nothing is off limits here, and early on I was very amused to find out which famous British thespian was renowned for saying “cunt” every other word, which is bad enough normally, but worse when you find out it was whilst he and Fry were filming a children’s television show. There are, inevitably, serious moments, but these tend to be a cue for Herring to whip out an Emergency Question, guaranteed to put the interview back on some insane track or other. It’s a marvellous example of interviewer and interviewee in perfect harmony, and Fry is on excellent form as the least bitchy luvvie who ever lived. 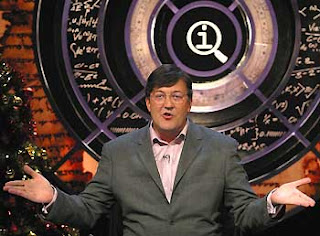 Seriously, even if you only go for the free option of an audio download, you have to check this out. If nothing else, you can stick it on your iPod and mystify passers by as you snort and guffaw your way down the high street. Once you’ve done that, I guarantee you will, like me, work your way through the other episodes before writing to the BBC and demanding that Richard Herring be given his own late night chat show, although only if he cuts his hair first.

Download or Stream  Podcast from The British Comedy Guide:
http://www.comedy.co.uk/podcasts/richard_herring_lst_podcast/episode_18_stephen_fry/