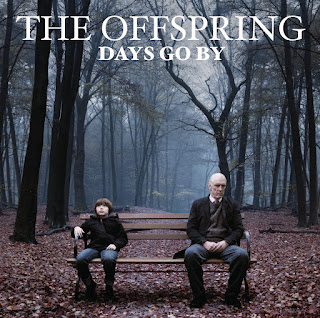 Remember The Offspring? In 1994 they released an album called ‘Smash’, and it was absolutely stunning, filled with catchy, angry punk pop that made all the pretenders look like wimps. That was then, and a lot of days have gone by, and most people now know them as the band that did ‘Pretty Fly (For A White Guy)’, which is kinda sad. Even after ‘Smash’ they released some pretty hard hitting albums, but when ‘Americana’ came along in 1998, it threw in comedy songs as well as hard assed punk, and the future was written. They still deliver good songs, sure, but this isn’t the band you might have fallen in love with 20 odd years ago, this is something else.

The important news is that the good far outweighs the bad on the latest album. The now obligatory comedy song is ‘Cruisin California (Bumpin In My Trunk’, which is as catchy as it is annoying, and sees The Offspring once again delivering a feel good summer anthem. Elsewhere there’s some seriously good music, with the band effectively rolling back the clock with speedy, powerful tunes such as ‘Slim Pickens Does The Right Thing & Rides The Bomb To Hell’, ‘Dividing By Zero’ and ‘The Future Is Now’ amongst others. They haven’t got the anger that epitomized some of their early stuff, but then again they probably live in mansions now, and it’s always a lot harder to get angry when you have a butler. 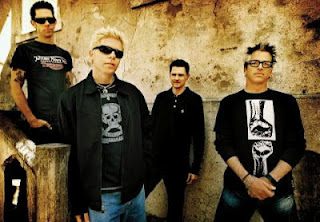 Interestingly, they even cover themselves with ‘Dirty Magic’, a polished version of their own track from their 1992 album ’Ignition’. Personally, I prefer the original, as the new version has been slowed down a little and adds nothing by way of improvement. In other news, the title track is a little bland, whilst ‘OC Guns’ is a pretty crappy reggae inspired track with record scratching and mariachi horns completing the nightmare. Aside from these three, however, there’s plenty here for old school fans to really get their teeth into, even a powerful ballad, ‘All I Have Left Is You’. 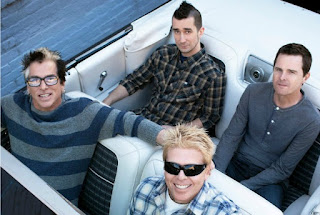 After hearing the single, I had no idea what to expect from ‘Days Go By’, as The Offspring have recently released rather insipid albums. It is with great pleasure that I can report that, apart from a few mis-steps, this is probably the most Offspring-y album since ‘Ixnay On The Hombre’. They’ll never quite get back what they once had, but ‘Days Go By’ is a very good attempt, and shows that there’s so much more to them than silly videos. Certainly worth getting if you used to be a fan but got disillusioned, this is an album that I can’t stop playing (once I deleted a couple of songs, anyway).