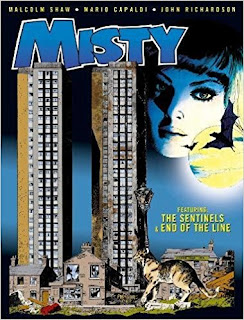 After the relative delights of Misty Volume 1, it's nice too see further stories getting the same treatment, and as ever Rebellion publishing have been quite careful with their selections.This time they've concentrated on writer Malcom Shaw, who penned both of the serials contained here, and once again it's a nice treat for anyone who misses the comic.

Whilst Misty was ostensibly aimed at the fairer sex, it was still highly accessible to boys, a fact evidenced by the sheer amount that have since admitted to reading their sister's copy each week. It ran for an impressive (for the late 70s) 101 issues before being swallowed by Tammy, and because it never had any regular stories it's influence on the sister title was minimal. What it did have was plenty of dark, horror themed serials that have left a mark on many people's memories. As we all know, girls' comics could be very nasty, and Misty was almost a bit of relief from some of the sadistic stories of other titles, as rather than have cruelty for it's own sake the emphasis was on storytelling, and if a bit of nastiness was there too then go for it. 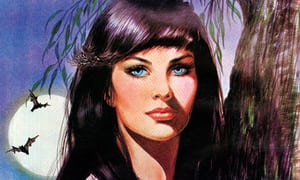 The first half of the book is taken up by a story that many readers have been clamouring for, "The Sentinels". The sentinels of the title are two identical high rise tower blocks (proper 70s stuff here), one of which is empty because, you know, strange things happen in it. Our heroine is Jan, and her family is made homeless. Desperate, they move into the deserted tower block and, well, strange things happen in it. Where the reader may have expected a spooky tale, the reality was far more bizarre, unexpected and creative. You see, it turned out that within the tower block there was a portal to an alternate Britain where the Nazis had won the war and still ruled over us, the bastards. Unsurprisingly, Jan goes through and get mixed up in all sorts of stuff, including meeting her own alternate world double, and the drama unfolds. 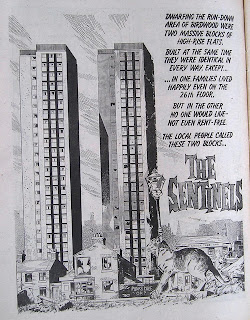 "The Sentinels" truly is a bizarre, dark and highly entertaining read. Mario Capaldi's art is decent and effective, whilst Shaw handles the script deftly, never allowing the reader to second guess the plot or give up due to any inherant silliness. It's the first time I have read it, and I'm not surprised that it's so often touted as one of Misty's best tales. 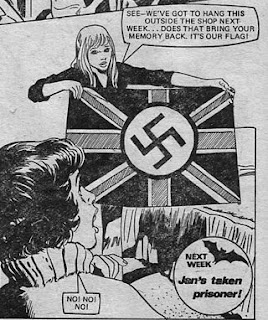 The second half of the book is taken up by "End Of The Line", a decidedly more bonkers story in every respect. Yes, more bonkers than a 1970s tower block with a portal to an alternative earth in it. In this one Ann is a young girl still mourning her father, who disappeared (presumed dead) whilst healping to construct an extension to the London Underground. He's alive, naturally, and Ann has to investigate and put herself in all sorts of danger before she uncovers the truth. Interestingly, the blurb to the story says she encounters a time portal, but this is actually not correct, as you will see when you read the story. I don't want to go into too much depth so as not to spoil the plot, but trust me when I say the reason for her father's disappearance is probably the last thing you would expect. 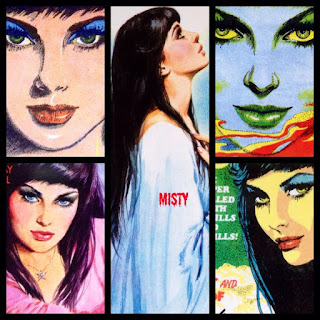 Whilst "End Of The Line" is again entertaining, the sheer insanity of the plot makes it by far the lesser story of the two. It doesn't help that John Richardsoin's art is not all that great, although it serves it's purpose. Unlike with The Sentinels, I found my mind wandering, and the convoluted plot means you'll be thinking "What?" to yourself more than once. No wonder the copywriter got confused!

Overall, Misty Volume 2 is well worth picking up. The quality of The Sentinels more than makes up for the average End Of The Line, and it's a delight to see stories like this reprinted with due care, if not neccessarily attention to detail. 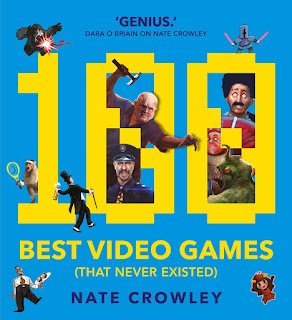 Well this could have been a pile of rubbish, really. Author and possible twisted genius Nate Crowley offered to dream up an imaginary video game for every like he got on twitter and found himself doing over a thousand. From that came this book, which has been lovingly put together with glorious fake box art and screenshots to illustrate some of the funniest video game ideas around, many of which you can imagine being made by money grabbing gits with no idea about video games. 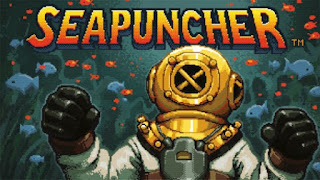 The bar is set straight away with "Look, Are You Coming In or Not", a 1980 game for the Coomodore PET (it sez here) in which you play a cosmonaut on a rather leaky space station trying to stop all the air leahing out. The problem is that there's also a cat on the station who constantly wants you to open the closed doors to let it out, then of course wants to come back in again. It's a brilliantly silly idea. and this level of inspired lunacy carries on through the book. How about "Beastenders" (Mega Drive 1992), where an alien carrier ship full of bioweapons crashes in Walford and it's down to Phil Mitchell to clean things up armed only with a claw hammer and a 'face like a cross thumb'. If either of these made you chuckle then this is the book for you. 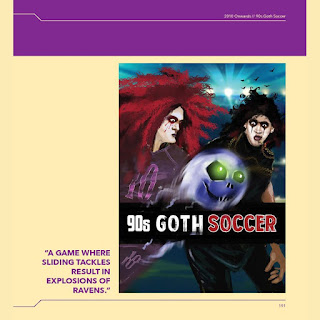 Each game is given a detailed, and funny, description on one page, with the opposite one presenting some cool box art or a screenshot. The amount of bonkers detail Crowley goes into with some games is quite staggering, and it's quite clear this is a man who delights in the details. Fake software houses are invented, new genre mash ups explored, and cliches stood on their heads, like the fact that the game "First Person Shooter" (PC, XBox One, PS4 - 2014) is about a time traveller who goes back to shoot the first ever person. If you think that's mad, then "Dance Dance Industrial Revolution" (Arcade, PS2 - 2010) will blow your mind. 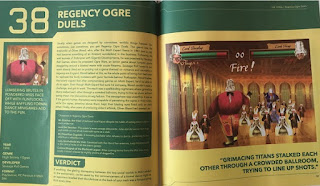 "100 Best Video Games (That Never Existed)" really is a joy to read, best consumed in small doses, ideally on the bog. Obviously aimed at video game fans, the more you know about the industry the funnier you will find it, although Nobby Noobpants will still find plenty to chuckle about. It's not all gold, as a few barely raise a smile, but considering the sheer volume contained within, Crowley's hit rate is extremely impressive. The biggest problem is that I now REALLY want to play "Judge Dredd's Windy Day" (NES, C64 - 1986), but I can't. Boo!

AMAZON LINK
Posted by Alski at 02:36 No comments: