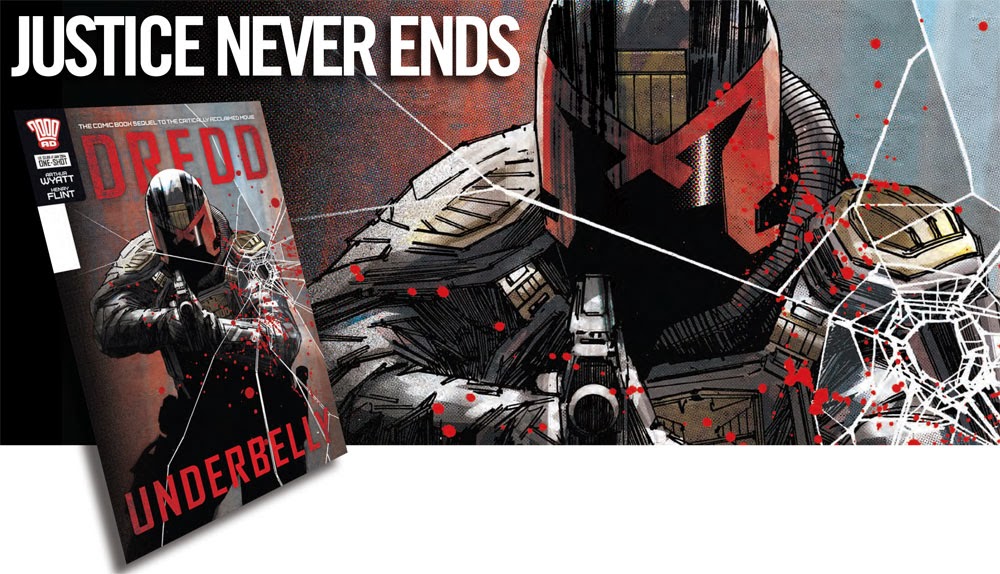 So yeah, it looks like we’re not getting a sequel to the excellent “Dredd” movie, but do we really need one when there’s a constant supply of first rate Dredd stories in the 2000AD and Megazine? Well, yes, I know we REALLY want another film regardless, but at least the chaps at head office have met us half way with this official sequel, carrying on a little while after the movie left off.

I suppose the first thing that has to be said is that this 32 page downloadable comic genuinely does the job well. It’s a tight, solid story concerning drugs,  psychics and the fact that Mega City One doesn’t let mutants in, meaning they have to be smuggled in by nasty people who aren’t likely to just let them go with a pat on the back and a sythi-banana. 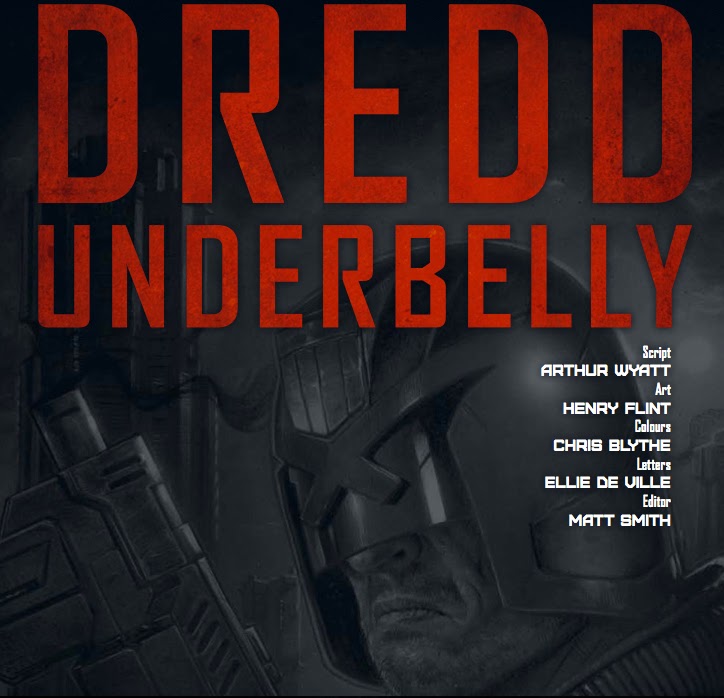 The script, by 2000AD stalwart Arthur Wyatt, is crisp and easy to follow, and long term artist Henry Flint produces some gritty visuals that suit the set up, as this is Mega City One not some shiny seventies dazzling city of the future. Judge Anderson, now part of the burgeoning “Psi Programme”, has gained some of the sass she is known for in the comics (where she first appeared back in 1980, three years after Dredd), whilst Dredd himself is his usual stony faced self, accepting of Anderson’s new fangled approach but still preferring to kick in doors and punch faces until a crime is solved. You know – the old fashioned way!

Overall, “Underbelly” is a successful attempt to flesh out the world of the film and even move it on a little. A good script and art make up for the fact that it’s rather short, but even then the length makes sure it’s tight and never outstays its welcome. 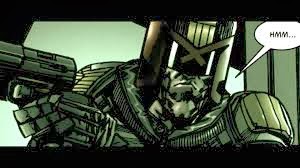 I have reviewed this as a digital download, which you can get for under two quid, but it IS available as a one shot physical comic book as well. The thing is, it sold out in about four nanoseconds, which means that wankers on Ebay are asking silly money for it. The good news is there’s going to be another print one, so if you really want it on paper don’t go to the rip off merchants, okay? It should be available from 18th February so go to your local comic shop and put an order in.