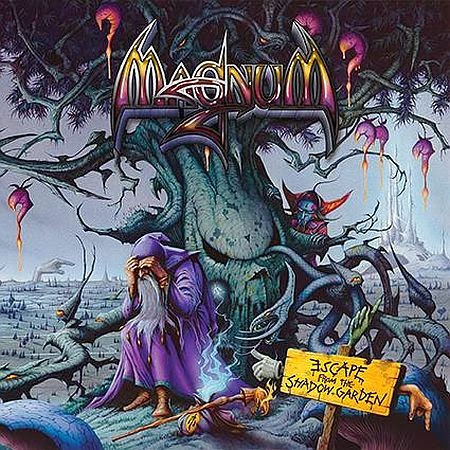 You can’t keep a good band down, and like any other good band Magnum just won’t lie down and take it easy, perhaps with a nice cuppa and a biscuit. Nope, Bob Catley, Tony Clarkin et al are determined to plough on until we get bored of them, something that, thankfully, doesn’t look like happening anytime soon as they release this, their seventeenth studio album. 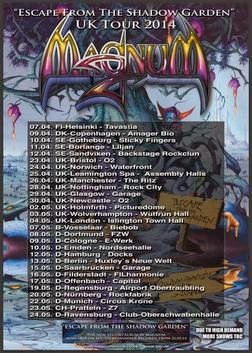 Much has already been said about the quality of “Escape From The Shadow Garden”, and I have to agree that, once again, this is a very solid offering from a band who have certainly changed their sound from the old days. Whereas the Magnum of old were a cross between melodic and prog rock, Magnum post 2000 are a more guitar driven beast, and never more so than on this album. It seems that Tony Clarkin has rediscovered the fact that he is in actual fact a lead guitarist, and as such he is at liberty to deliver big, fat riffs (Check out “Too Many Clowns” for evidence of this) and to rock out as much as he bloody wants. Bob Catley, too has changed, with age giving him a rock growl that wasn’t evident when he was telling us a bout storytellers and vigilantes. 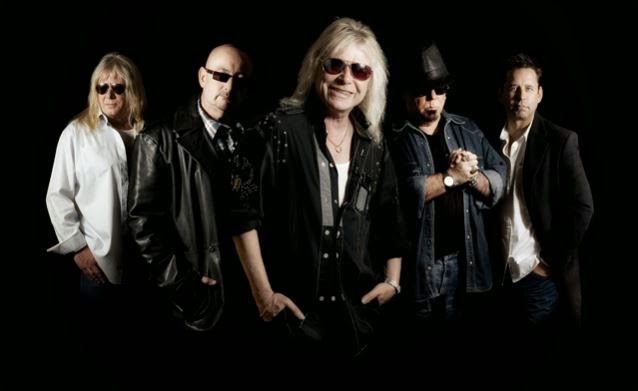 Whilst some bands throw out as little as they have to, it’s refreshing to hear an album these days that’s over an hour long, and even more refreshing that the quality is high throughout. I’m sure a crowd favourite on the upcoming tour will be “Midnight Angel”, a haunting song of over seven minutes that demands a singalong at the start. The aforementioned “Too Many Clowns” should also be a cracker live, as it’s a real rocker with an interesting honky tonk piano line that creeps in towards the end. It’s not all perfect, as a few tracks meander on without really trying to soar (“Don’t Fall Asleep” I’m looking at you), but in general this is certainly on par with the last album “On The 13th Day”. 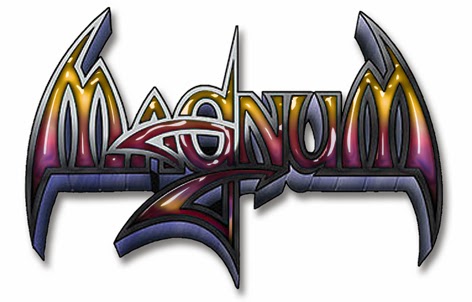 So the Magnum machine keeps rolling on, and there’s not much here that won’t be devoured by eager fans. It’s heavier than you might expect, but this is in no way a bad thing, but there’s still plenty of the melody and poetry we are used to. I have to admit that I don’t expect Magnum to blow me away with a five “R” album these days, but “Escape From the Shadow Garden” shows a band that still have a lot of strength and a lot to give.