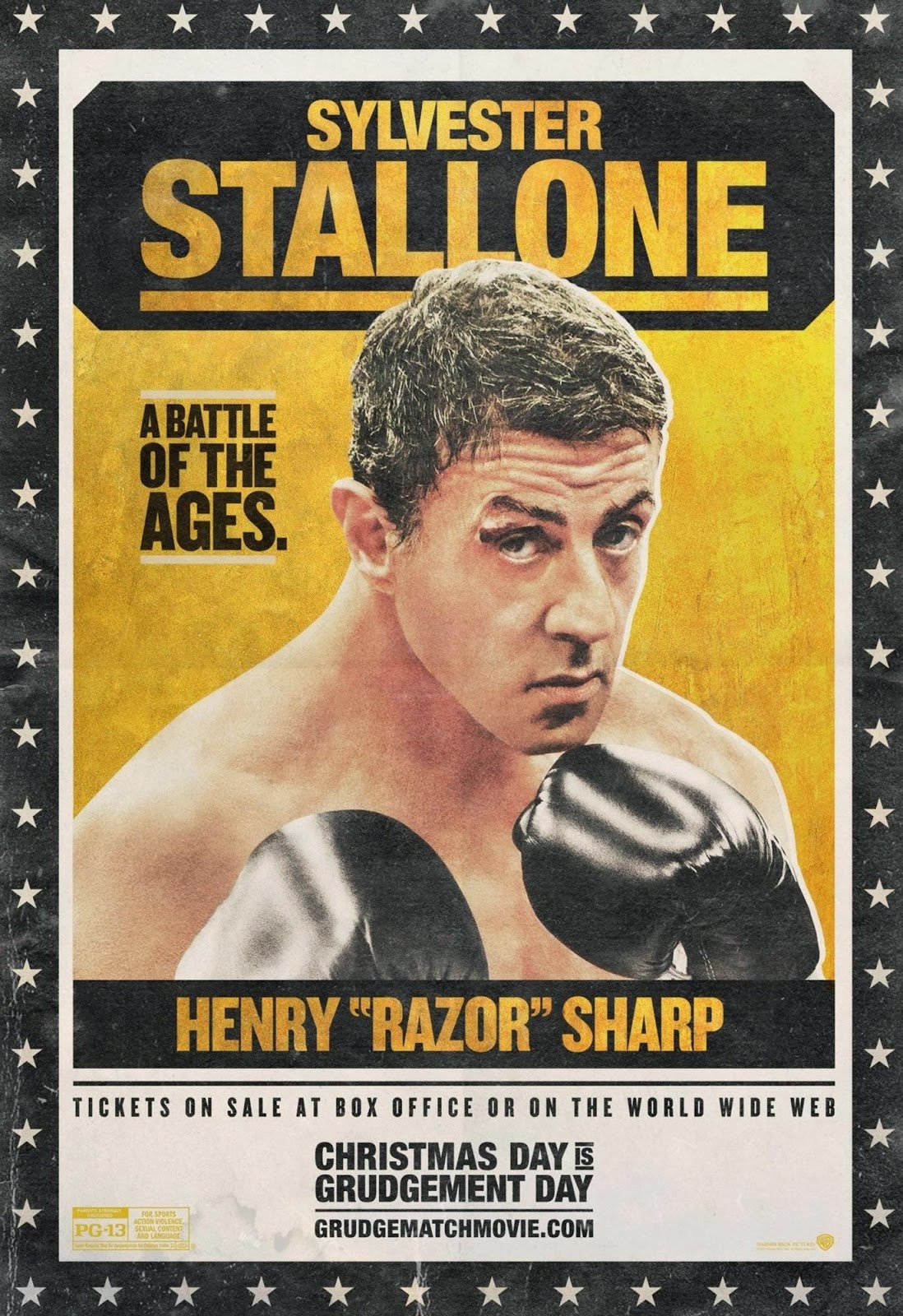 Come on, you know you wanted to see Stallone and De Niro have a fight. You have wanted it for years, of course you have! Okay, so maybe you would have preferred it when they were, shall we say, a bit younger. Maybe when it wouldn't have been, by necessity, a comedy rather than a bloody, all action boxing movie. So what we don't have here is Raging Bull vs Rocky but, like Stallone's Italian Stallion, "Grudge Match" beats the odds to become one of the best movies either actor has made for some time... and yes, I know that's pretty easy for De Niro, but Stallone still makes good flicks! 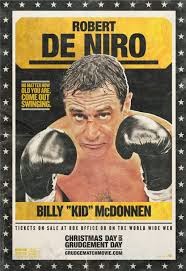 the story centres around Henry "Razor" Sharp (Stallone) and Billy "The Kid" McDonnen, two ex champions who absolutely hate each other beat each other in title fights 30 years ago. They are dragged out of retirement to play themselves in a video game (motion capture stuff), but when they meet the old rivalry resumes and they start to scrap. With today being what it is, the fight goes viral (as does the next one) and they find themselves being persuaded to take part in the ultimate Grudge Match (hey! That's the title!), thirty years after they both retired. 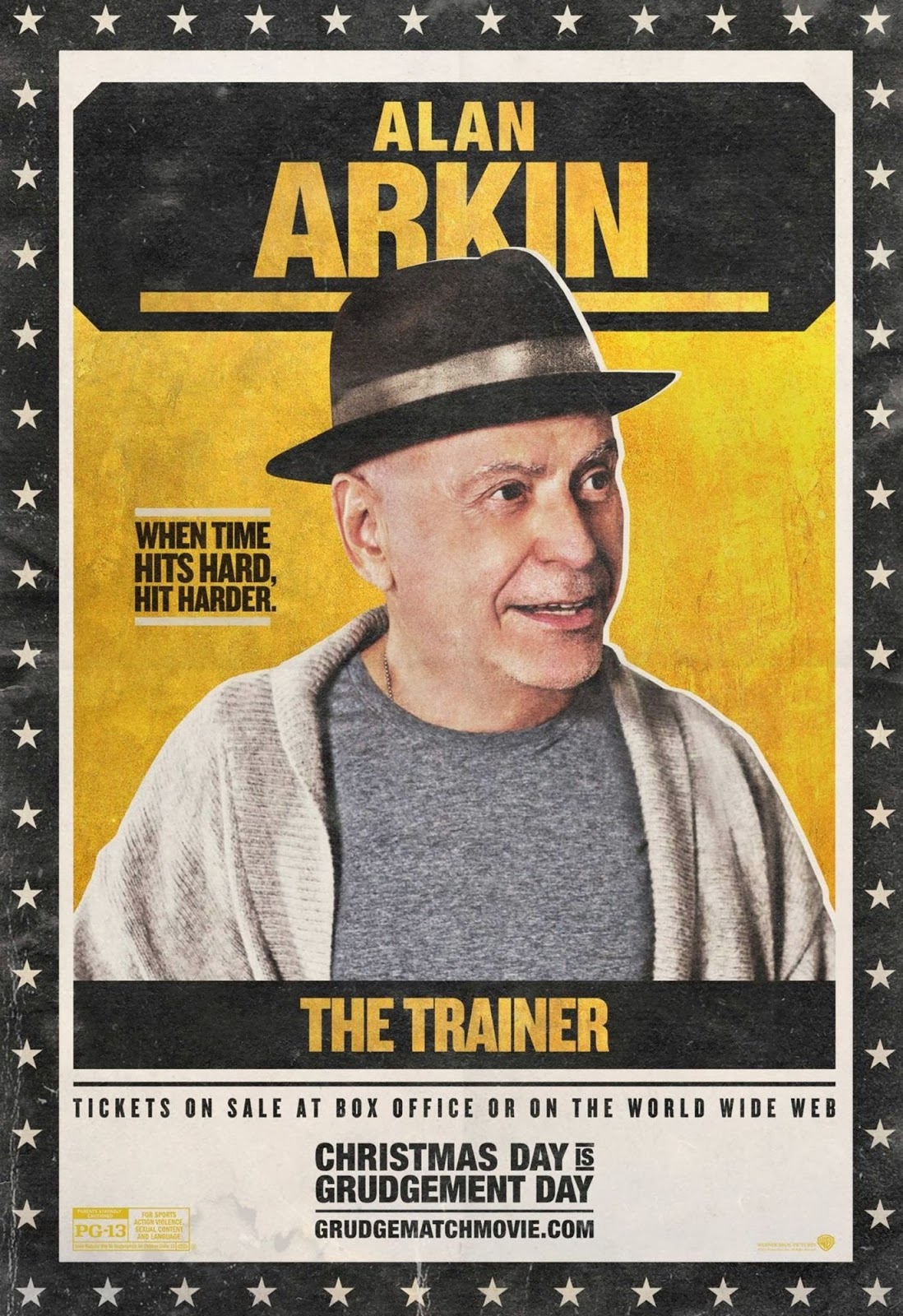 As a set up it's pretty standard, made more interesting by the choice of leads. Kevin Hart (Scary Movie 3) channels Chris Rock as the son of their old promoter, but the star support is Alan Arkin (Freebie & The Bean), who excels as Sharp's old trainer. Throw in Kim Basinger (Dog & Cat) as the ex girlfriend of both fighters and you have a cast that is very well catered for by writers Tim Kelleher and Rodney Rothman. 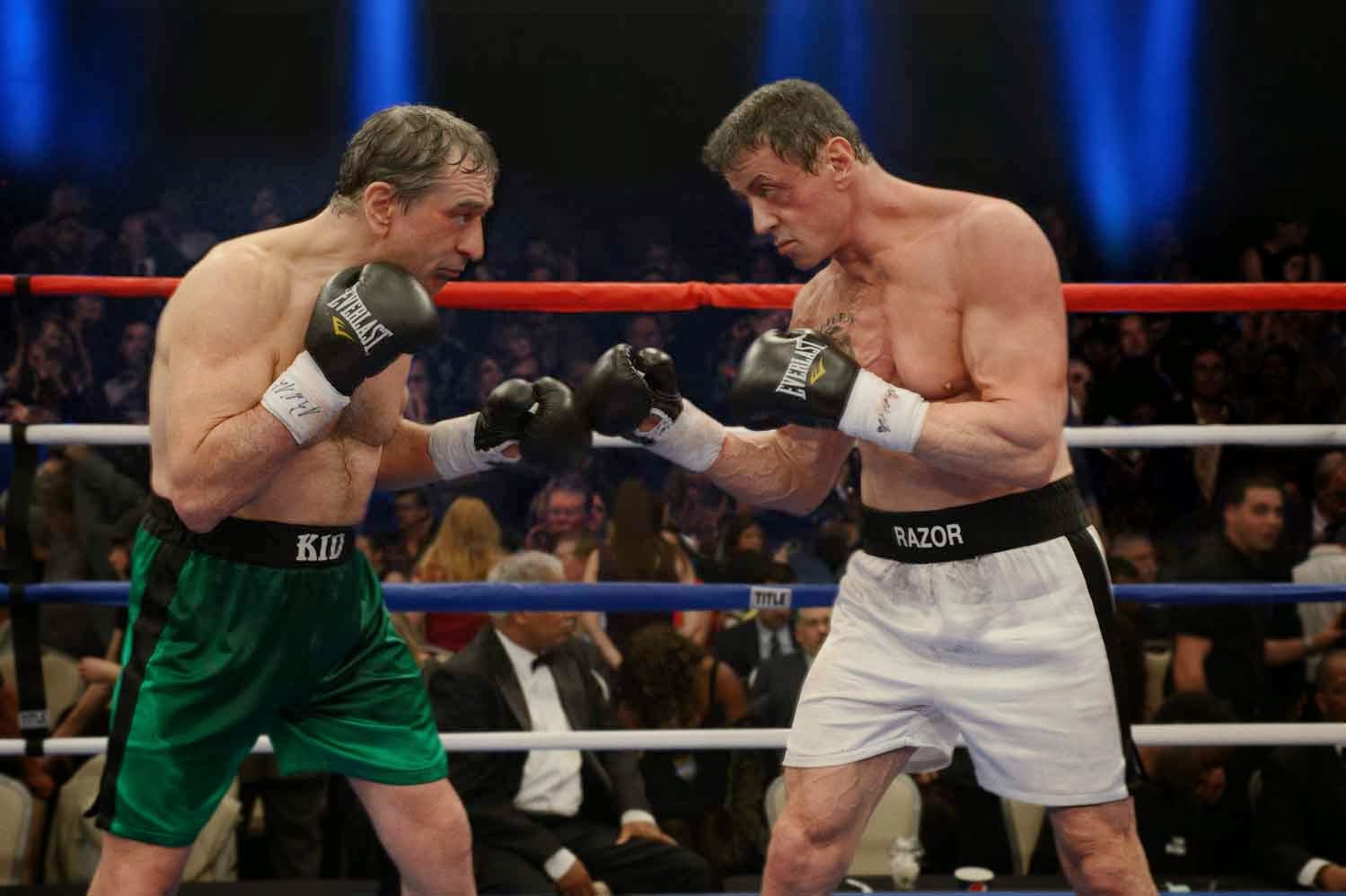 Yes, the real reason that "Grudge Match" wins every round is not the leads, but the script. Although there's plenty of funny comedy lines that revolve around the fact that these two guys are, like old and stuff, the real meat of the characters is done perfectly. Each fighter has an actual personality, and each has their own way of coping with their past and indeed their present. When the fight comes at the end it's hard to root for one over the other as neither are perfect but neither are dicks either. 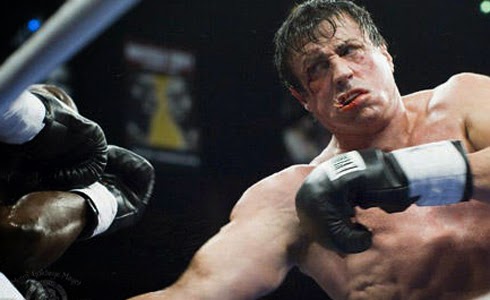 "Grudge Match" is an unexpected cinematic delight, a simple set up elevated by depth and warmth. So who wins? You do.