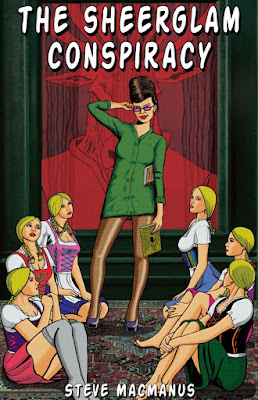 After his successful autobiographical book on his life in comics, concentrating on his years at 2000AD ("Mighty One"), Steve MacManus has decided to take a stroll through the fiction section with the strangely titled "The Sheerglam Conspiracy", although it's clear his roots are still firmly planted in the golden years of British comics. After all, they do say you should write what you know, and Steve knows comics.

The book is set in the 1970s, at the offices of Goodenough Publications, who produce several big selling weekly UK comics such as Whaddagoal!, Frightful and Patsy (for girls, naturally). The readers are intoduced to the variety of staff and comics through new girl and aspiring artist Sinead, as she does a turn on each comic and is introduced to the odd buggers that create it. 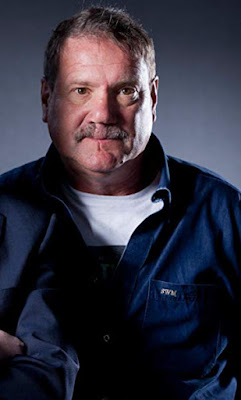 Underneath it all we have Gloria SheerGlam, head of the Patsy team and a formidable lady to boot. She has plans to enlist Sinead into her cult that worships Wagner (not John) and Hitler whilst dressing in Liederhosen (hence the odd cover). Seriously, this is pretty bonkers stuff. Meanwhile there's the standard inter office shenanigans as well as a pair of genius Scotsmen locked in a room whilst creating a super secret new comic that will blow away rivals Tartan Comics.

Naturally, much of this is drawn from Steve's own experiences of working withing the offices of a comic publisher during the golden age, although hopefully not the cult part. The style is very similar to that of Pat Mills, whose "Serial Killer" books are set in the same type of place. Whilst Mills' books are more densely plotted, both authors seem to agree that comics in those days were made by a bunch of sex mad perverts with only a slight grip on sanity and reality. 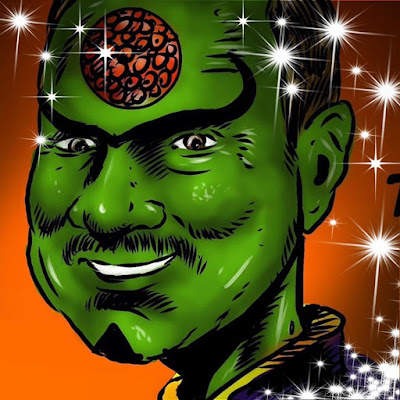 The SherGlam Conspiracy is an entertaining book, made more so if you are a student of British comics history or are of an age to remember buying the sort of comics it describes. It's funny and completely bonkers in equal measure, and if you are happy to let some of the more off the wall plot points go on their merry way I'm sure you'll find it a fun read, as I did. It's not that long a book so doesn't outstay it's welcome, and the ending sets up volume 2 nicely, after which you get some sample scripts from the stories you've just read about, which is a nice touch.

A solid, entertaining first novel, The SheerGlam Conspiracy should be devoured hungrily by anyone who wants a nostalgic romp through the 1970s British comics scene.