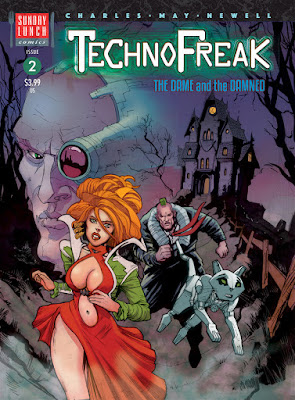 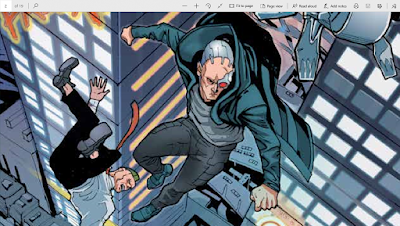 In this issue the team (mnus Loretta) head to glamorous Dorking to investigate a possible rebooting of the Technofreak programme, and give the reader a little more info on where exactly he comes from, of course. Cue a mad scientist, a creepy castle and plenty of fun that ends up like a cross between Frankenstein and Scooby Doo. 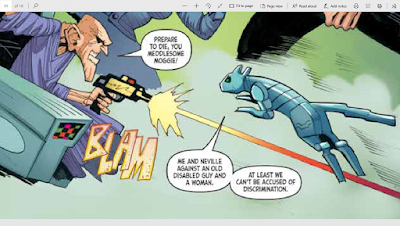 One thing about issue 2 is it's definitely a step up from the first as it get straight into the action, with loads of funny lines to boot. In fact, the humour is one of the best things about it, as if the creators realize it's inherantly daft and decided to have fun with it. Tom Newell's art is really good, and the whole thing reminds me of 90s Marvel UK, with the feeling that Technofreak would have sat comfortably alongside Dragon's Claws and been just as fondly remembered. 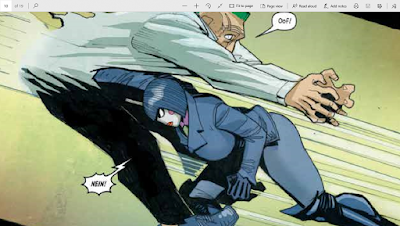 Newell, John Charles and Barry Mayhave  delivered a strong continuation of the Technofreak story, and I feel this issue will go down extremely well with comics fans who don't want anything too serious. A quality piece of work that's a genuine pleasure to read, Technofreak is definitely something to freak out about. Now... where's my Maurice sketch...

CLICK HERE TO BUY
Posted by Reviews Ed at 07:06