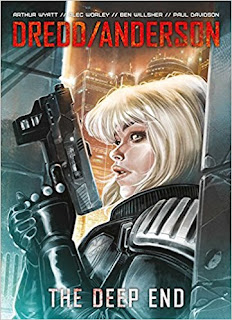 There was a little film a few years back, simply titled 'Dredd'. An updating of a poorly received Stallone effort, it concerned a future cop who shot a lot of people, including that mad bird from Game Of Thrones. Well, something like that, anyway. Of course, I am taking the piss, as 'Dredd' was a very decent attempt to bring 2000AD legend Judge Dredd to the screen, and this volume of stories carries on the legend, set in the same era as the film, with the same two lead characters, albeit in separate stories. 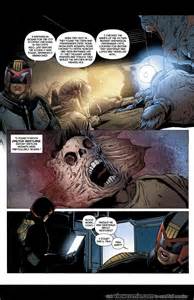 First up we get 'Dust', a Dredd story by Arthur Wyatt with very nice art from the ever reliable Ben Willsher. It's nice to see the movie uniforms in comic form, and it has the benefit of not having to know anything more than what you learned in the film and so doesn't bog down newbies with 40 years (gulp) of continuity. Basically it seems some sort of sand monster is murdering specifically targeted scumbags, and Dredd and co have to stop it. Standard day in Mega City One then. It moves at a nice pace, keeping enough surprises back so as not to blow it's load too early. In the end, it;'s fifty pages well worth reading. 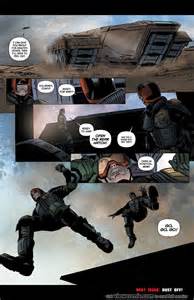 Anderson finishes off the collection with two stories. There's the 20 page 'The Deep End' plus ten pager 'Judgement Call'. Both are by Alec Worley, with art from Paul Davidson, and Davidson's art has a more gritty feel than Willsher's, bringing a grubbier realism to the Meg. To be fair, I adore both styles, and it's good to have two effective but different artists in the one volume. Storywise, 'The Deep End' is a pretty basic tale, with nods to the events in the film when Anderson was captured by the gang. It asks more questions than it answers, though, and ultimately is fun but feels unfinished. Hopefully the seeds of the story will bear fruit in another tale. 'Judgement Call' nails it, however. In ten pages it shows us the seedy hole Mega city has become, the desperation of the populace, and the thoughts and feelings of Anderson that haven't been hit this well since Alan Grant in his heyday with the character. After reading it I wanted to read more, to see what happened to the character next, to see where she would go. Yeah... I liked it. 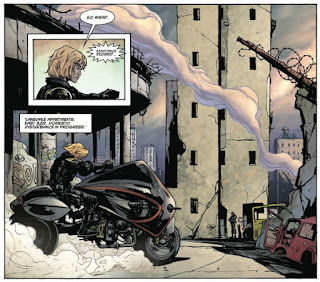 There's a pretty solid 100 pages here for fans of the characters both old and new. When I went into it I expected the main story to be the highlight, but came out at the end linking the shortest story best. If you have friends who have enjoyed the film but not bothered with the comics this is a perfect present, or if not just buy it for yourself - it's the law!

Available Now At The 2000AD Shop