VEGA - 'WHO WE ARE' ALBUM REVIEW 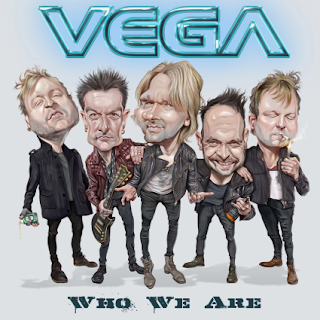 Over the last three albums, British act Vega have been carefully carving themselves out a niche in the AOR world by simply keeping their faces out there and providing quality releases. Last album ‘Stereo Messiah’ was hailed by many as their best yet, but it seems that it may not hold that accolade much longer when ‘Who We Are’ comes your way on 13th May.

The album starts with a literal bang, as ‘Explode’ does just that in a flurry of guitars  and drums, a track that belts along and lays Vega’s cards on the table with a raised middle finger to anyone who thought they might have emptied the creative well by now. Fast, frantic and with a superb little solo from Marcus Thurston, it’s the start fans will be wanting. They don’t let up with the next two tracks either, with ‘We Got It All’ a fist pumping audience pleaser and ‘Every Little Monster’ a catchy singalong that is the archetypal Vega track (you can find it on YouTube). 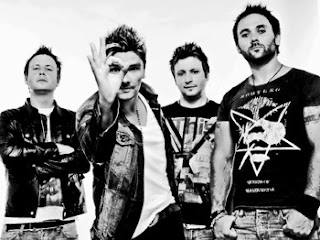 The band slow down for the ballad ’Nothing Is Forever’, and whilst I often get a bit bored by ballads they hit the nail well on the head here with a powerful, emotional piece that makes sure to include a great solo in the middle. ’White Flag’, ‘For Your Sins’ and ’;Generation Now’ take us back to the tried and tested Vega formula that sits comfortably between Journey and Def Leppard, tracks that you just enjoy for the quality AOR that they are. ‘Ignite’ is a slower track that feels a little ploddy, for me the weakest track on the album, but it’s followed by the best: ‘Saving Grace’ stands out with a horribly infectious chorus that demands sterling pitch control from vocalist Nick Workman. This Vega’s 2016 ‘summer’ song, and almost certainly the one that’s going to stick around the live set for a good while. 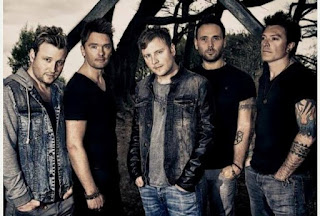 The album closes with the high energy ‘If Not You’ and the anthemic ‘Hurt So Bad’, another track that I feel will slot well into any live set. As an album, ‘Who We Are’ is a rush of adrenaline, a melodic kick in the nuts that will have you coming back for more. It sounds great, and the band are tight as ever. It’s no surprise that Nick Workman sings his heart out as he never gives anything less than his best. The man has a perfect voice for this kind of upbeat melodic rock, with Tom and James Martin helping him to write songs that fit his vocals to a tee. My only complaint is that I’d have liked to hear more guitar heroics from Marcus Thurston, whose contributions are short but incredibly sweet. Come on guys, give the man a 30 second solo at some point!

In conclusion, ‘Who We Are’ is definitely as good as ‘Stereo Messiah’, and to be honest it’s difficult for any album of this type to be better. Vega still sound fresh and hungry and I’m looking forward to seeing them with Magnum and at the Steelhouse Festival. If ‘Stereo Messiah’ pushed Vega to the top of the UK rock scene, ‘Who We Are’ cements that position.