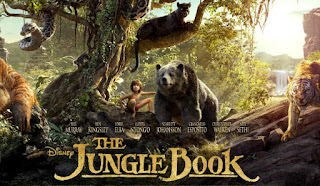 Ya know, this wasn’t supposed to be that good. Okay, so the kid looks the part, sure, and there’s so much beautiful CGI that calling it “live action” is kinda misleading, but how good can the actual film be? Six, maybe seven out of ten if we’re lucky? Well, if you were of a similar mindset you may be surprised and delighted by Disney’s retelling of their classic animated adventure, as it’s bold, surprising and red in tooth and claw. 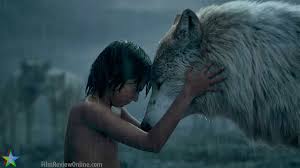 You all know the story by now, concerning young Mowgli who is abandoned/orphaned in the jungle and raised by the animals, who all talk and often sing jolly songs. He has to be taken to the humans village before nasty tiger Shere Khan eats him, because Shere Khan is like that. This basic story is kept to, and we also get Mowgli’s main buddies Baloo the bear and Bagheera the Panther, as well as Christopher Walken’s unsettling King Louie, now a gigantic Orang-utan whose rendition of ‘I Wanna Be Like You’ is anything but jolly. 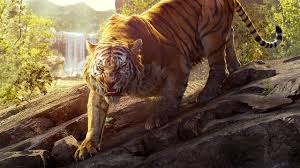 The selling point of this new version is the CGI, and it looks fantastic. From the vibrant jungle to the animals within it, it never looks anything less than real. The whole movie is a feast for the eyes, with many small touches that add character to the smallest animal. Stuck in the middle of all this is Neel Sethi, who in all honesty does an excellent job of acting against green screen for one so young. He looks perfect, and if he’s only ever remembered for this one performance it will be a fine legacy to leave. The vocal performances, too, are almost universally excellent, with Bill Murray’s Baloo and Idris Elba’s Shere Khan standing out, Elba’s charming menace working beautifully with by far the best CGI character in the movie. 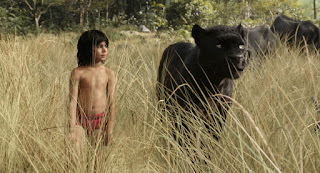 The only mistake, for me, is Christopher Walken’s King Louie, as he just doesn’t fit in with the rest of the film. Making the character a giant also seemed like a step too far, as oddly it takes you out of the realism. The inclusion of the song was also a mistake, as it has zero charm and 100% creepy menace, unlike ‘Bare Necessities‘, which is slotted in naturally. Aside from this, though, I have no other criticism. 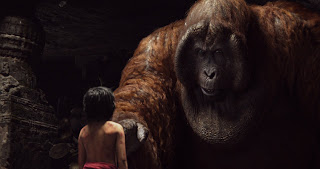 The Jungle Book is a wonderful film. It doesn’t shy away from the violence of the jungle, all of which is down to Shere Khan, a more evil, brutal figure than ever before. The supporting characters, notably the wolf pack that raised Mowgli, are always given their own traits and quirks, and you never get the feeling they are anything less than real. Ultimately this is an exciting, funny and charming film for all, although Shere Khan may terrify young children. Bad kitty!