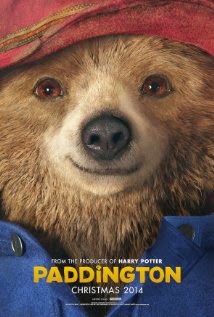 When I was a wee sprog, I read a few Paddington books and enjoyed the adventures of the small bear from darkest Peru. I also hadrather a soft spot for the creatively made children’s TV series, where paper cut outs were animated to surprisingly good effect, and my mind will never forget next door grump Mr Curry’s shouts of ‘BEAR!’ whenever Paddington mucked things up. These are treasured memories, people, and I crossed fingers that the new film version wouldn’t trample all over them. 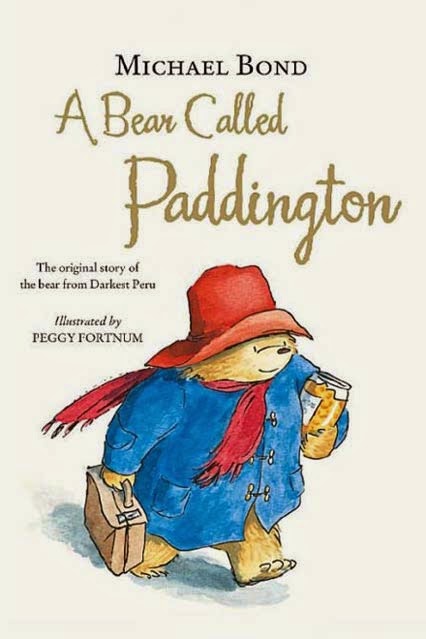 Well fear not, as ‘Paddington’ is one of the best family friendly films I’ve ever seen, full of genuinely hilarious and touching moments. The backstory of the bear himself is handled sensitively, with the animation of Paddington (un-named until he arrives at a certain railway station) and his Aunt & Uncle beautifully done. His adoption by the Brown family isn’t cut and dried, as grumpy risk assessor Mr Brown (Hugh Bonneville) want’s to hand him over to ‘The Authorities’, which is never a Good Thing. 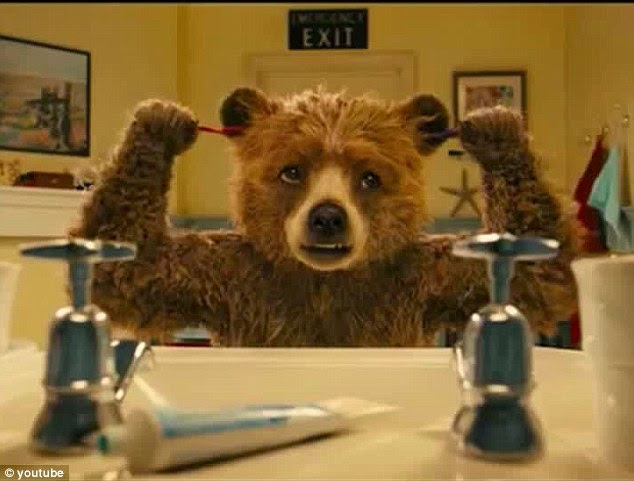 It’s Mr Brown that provides the core of the film’s emotional heart, as he takes the same journey as Mr Banks in ‘Mary Poppins’, learning to love his family for who they are, not what he wants them to be, and to appreciate that having a bear in his life isn’t a bad thing, no matter how many times said bear accidentally nearly burns down the house, or floods the house etc etc. The rest of the family are very well sketched out and played, notably the old Scottish housekeeper Mrs Bird, played by a reliably on form Julie Walters. 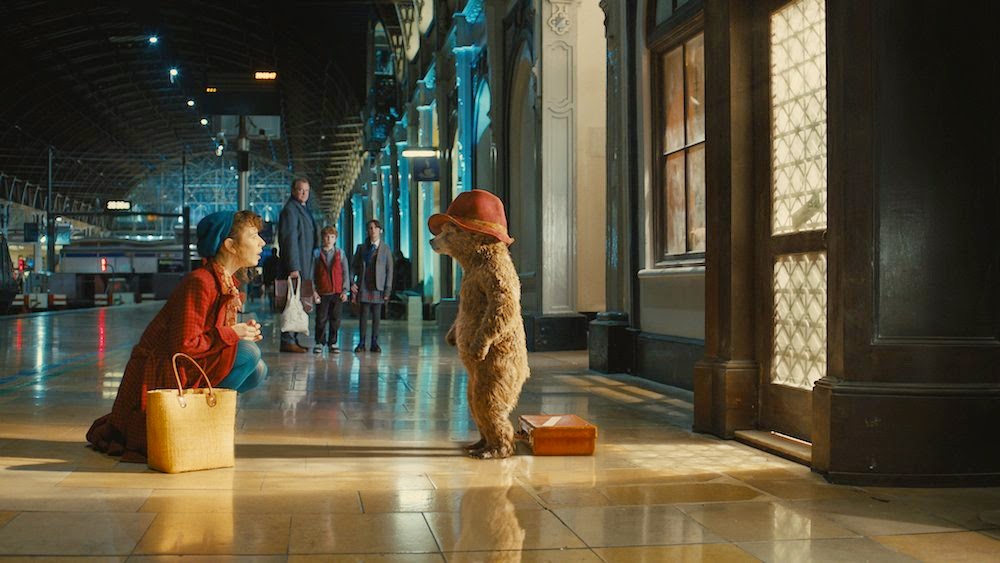 The only slight downside, for me anyway, is the need to add an evil villain to the plot. Nicole Kidman is Millicent, who basically wants to capture and stuff poor old Paddington. Her reasons for doing so neatly tie her in to the story, but I would have been happier if the film was simply about Paddington, the Browns and 90 minutes of mishaps. Nothing wrong with Kidman’s performance or indeed the plot itself, I just felt it wasn’t needed in any way, shape or form. 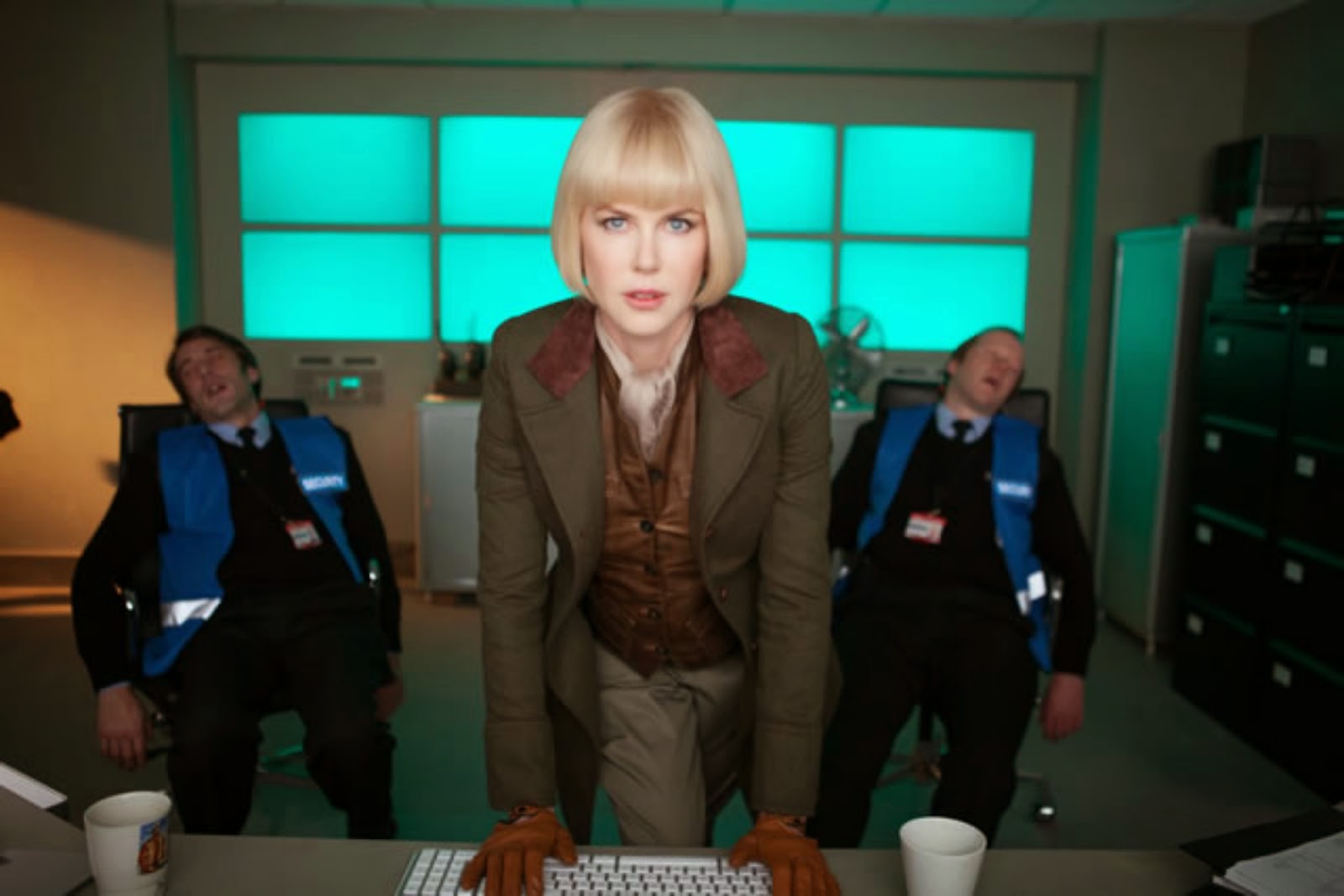 The best thing about the film is, rightly enough, Paddington himself. The personality, voice (from Ben Wishaw) and animation are faultless, and when he gets into a few little misadventures the comedy is fast and furious. A little bit of bother with a sellotape dispenser is worthy of Chaplin himself, and an escapade with a London bus brings to mind Norman Wisdom or even Frank Spencer at their best. His gradually acclimatisation to London life is handled well, as is his acceptance as part of the Brown family. The other highlight is some amazingly creative direction from Paul King, who uses several visual tricks that bring to mind Peter Howett’s imaginative ways back in the 90s. You may not have heard of him, but I have a feeling he is set for big things. 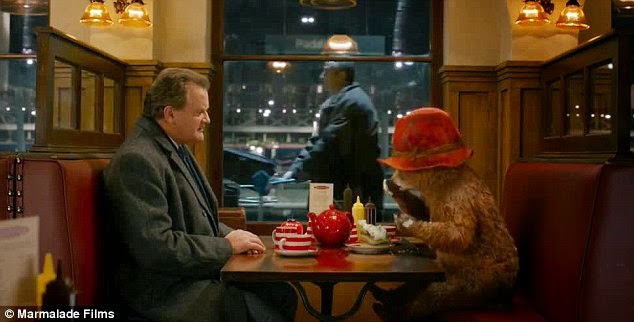 Absolutely stuffed full of jokes for young and old, smart and stupid, ‘Paddington’ is a film that all the family can enjoy. There has been a bit of a palaver over the PG rating, and to be honest it is definitely a case of the certification board being too overprotective of the young uns. There is nothing too upsetting here, or anything that impressionable minds are likely to copy. There is one, beautiful moment of peril that occurs in silence that had many in the cinema drawing in a concerned breath, but that’s about it, and it is brilliant to hear the reactions of the kids (and adults) to it. Very highly recommended, this will delight audiences for years to come.