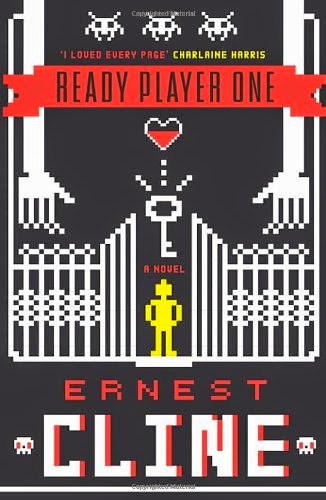 Sometimes, something comes along that just grabs you by the metaphysical balls and won’t let go. Usually, people tend to get grabbed by films of TV, maybe a special album or song, but if you’re really lucky it’s a book. I still remember the first time I read ‘The Colour of Magic’ by Terry Pratchett (in about 20BC when it was new), and I still like to dig out Robert Heinlein’s ‘The Door Into Summer’, because in my opinion it’s the best book ever read. You may disagree, but if so you probably haven’t read it, or you have and are simply wrong. 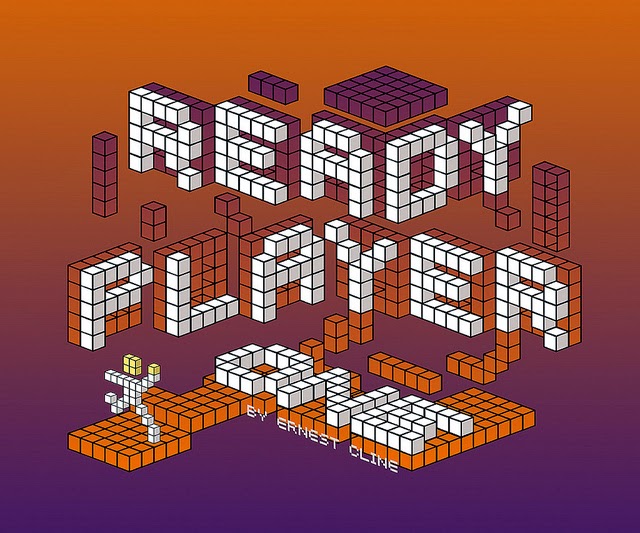 I picked up ‘Ready Player One’ in a charity shop last week, with it’s cover and gushing quotes about it’s geeky loveliness hitting the part of my brain that used to thing the ZX Spectrum was awesome. A good holiday book is essential, so you have something to flick through while the wife is looking at shoes, handbags or, in may case, disappearing in health food shops for so long you expect her to come out with Dr Livingstone. 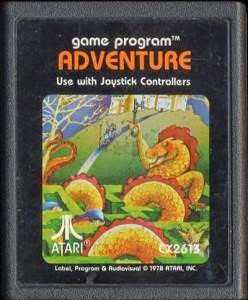 The book is three years old now, and is set thirty odd years in the future. He planet is getting more and more screwed up (the climate change ‘nuts’ were right, natch) and the people more and more poor. The only saving grace for the downtrodden masses is OASIS, the next giant step in technology. OASIS is a complete virtual reality world that has replaced the internet and is free for all to use. A kid can go to school in it, play in it, do absolutely anything. The thing is, it’s inventor dies and his legacy is a competition: whoever can find three hidden keys and gates within OASIS (which has many, many ‘planets’ created within it) will get all his money and control over the system. This is more than big, and just about everyone tries to find them, including our lowly trailer park hero Wade Watts. Wade is only a kid, but a smart one, but even he can’t decipher the first riddle clue, and after five years enthusiasm is waning. Well, it is until Wade finally cracks the clue and the hunt is really on, and it’s a race between him and the evil IOI corporation who want to find the prize and take over OASIS, but in a . y’know, evil way (their corporate slogan may as well be ‘Bwah ha ha haa’). 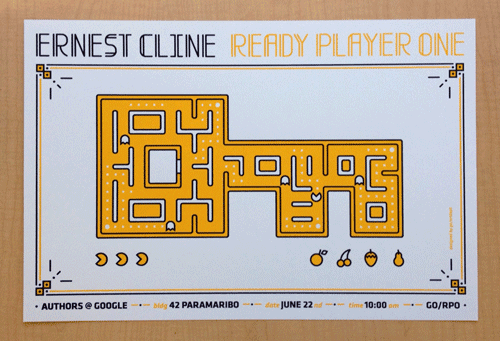 So we get a book that is mostly set inside the OASIS system, but does also give us a very good idea of what the ‘real’ world is like. The picture Cline paints of America in 30 years time is above all realistic. Just like some of William Gibsons ideas have come perilously close to reality now, the future depicted in ‘Ready Player One’ is depressingly prophetic. The characters are all wonderfully depicted, though, and I found myself rooting for Wade from the off. There’s only a few other characters  in the book, mainly as it’s narrated by Wade in the first person, but each is also very realistic and easy to envision within your mind (even if they all are represented by their OASIS avatars). When Wade makes a successful leap of logic in the quest, I found myself happy for him, and I also found myself hating IOI as much as he does. Much like the OASIS programme, ‘Ready Player One’ allows the reader to immerse themselves in the pages and live the story along with the hero. 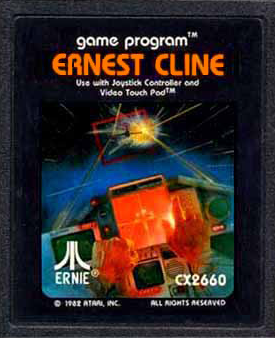 Another cool thing is that there’s a huge amount of 1980’s retro stuff, logically explained away because OASIS’s creator James Halliday was obsessed by the decade and anyone who wants to win the prize must study his obsessions just as hard as he did. Monty Python, Ferris Bueller, The Commodore 64… it all gets a look in, as to classic arcade games like Pac Man and Joust. As a teenager of the 80s I loved this aspect, and it’s hard to stop the little geeky thrill as you recognise an obscure reference that isn’t otherwise explained in the text. The author even gave a way a DeLorian in a competition of his own last year. Good move, Mr Cline… Good move. 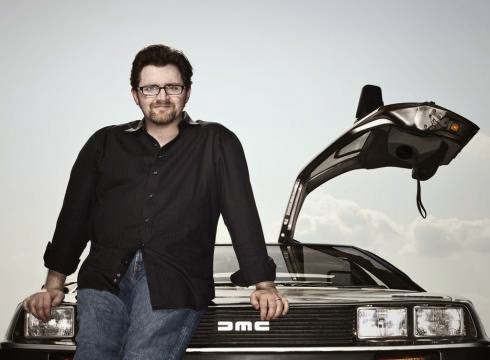 ‘Ready Player One ticks all the boxes a good book should. It’s a speculative science fiction book that also taps into the fondness that the 1980s still holds for many people. It will appeal to sci fi fans and computer geeks, but is not so complicated it will put off people with a casual interest in either. If you like computers, video games, science fiction AND the 1980s then this is the perfect book for you. As I like all these things it’s straight into my top 10 and I’m not letting it go – find your own copy, geek boy (or girl).

Chapter One, as read by Wil Wheaton - have a listen

Very Unofficial but cool fan made trailer for the film that doesn't exist!