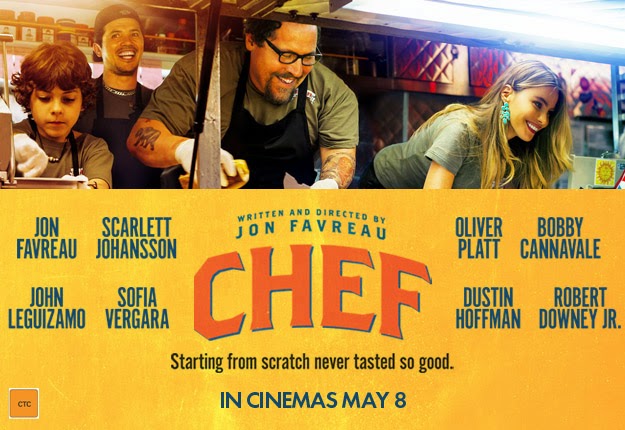 John Favreau is a lucky man. Ever since he penned the indie hit film ‘Swingers’ (primarily so he could be in it and therefore find some acting work) he has been a respected actor and director. A man who has been happy to earn enough to make life comfortable with no desire for a mountain of cash to sleep on (paging Mr Cruise…), he makes films he wants to make and has been shown to be pretty shrewd in his choosing. ‘Chef’ is his first script since ‘Swingers’, apparently because he found himself with a story idea he just had to tell, which gave him a fierce desire to write not felt since then. Of course, he had to direct as well, and the result is certainly not some kind of vanity project, it is instead one of the most honest films I’ve seen this year. 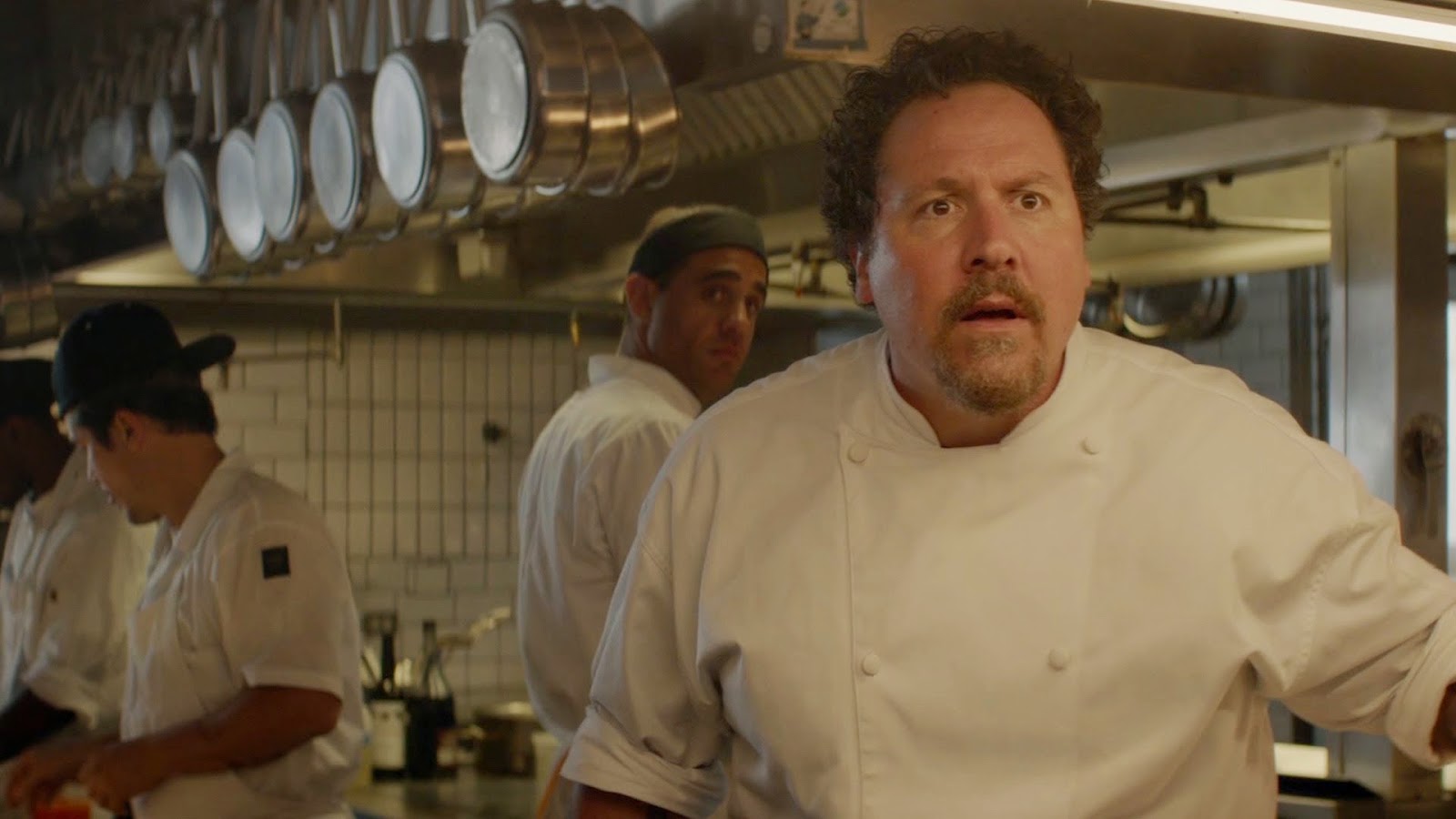 Favreau is Carl Casper, a very good chef. This is made very clear to us as he prepares to greet a very important food critic and serve him something to make him go bananas (though probably not actual bananas). The problem is that his asshole boss (Dustin Hoffman) wants him to stick to the same safe menu he has been doing for years. Inevitably, the critic gets the safe food and tears Casper apart in his review, disappointed because ten years ago he was the chef that made him fall in love with food and now he is a hack. Casper discovers tweeting because of this and accidentally starts a flame war with the guy, culminating in a face to face freak out that, naturally, makes him an internet sensation, something he definitely doesn’t want. 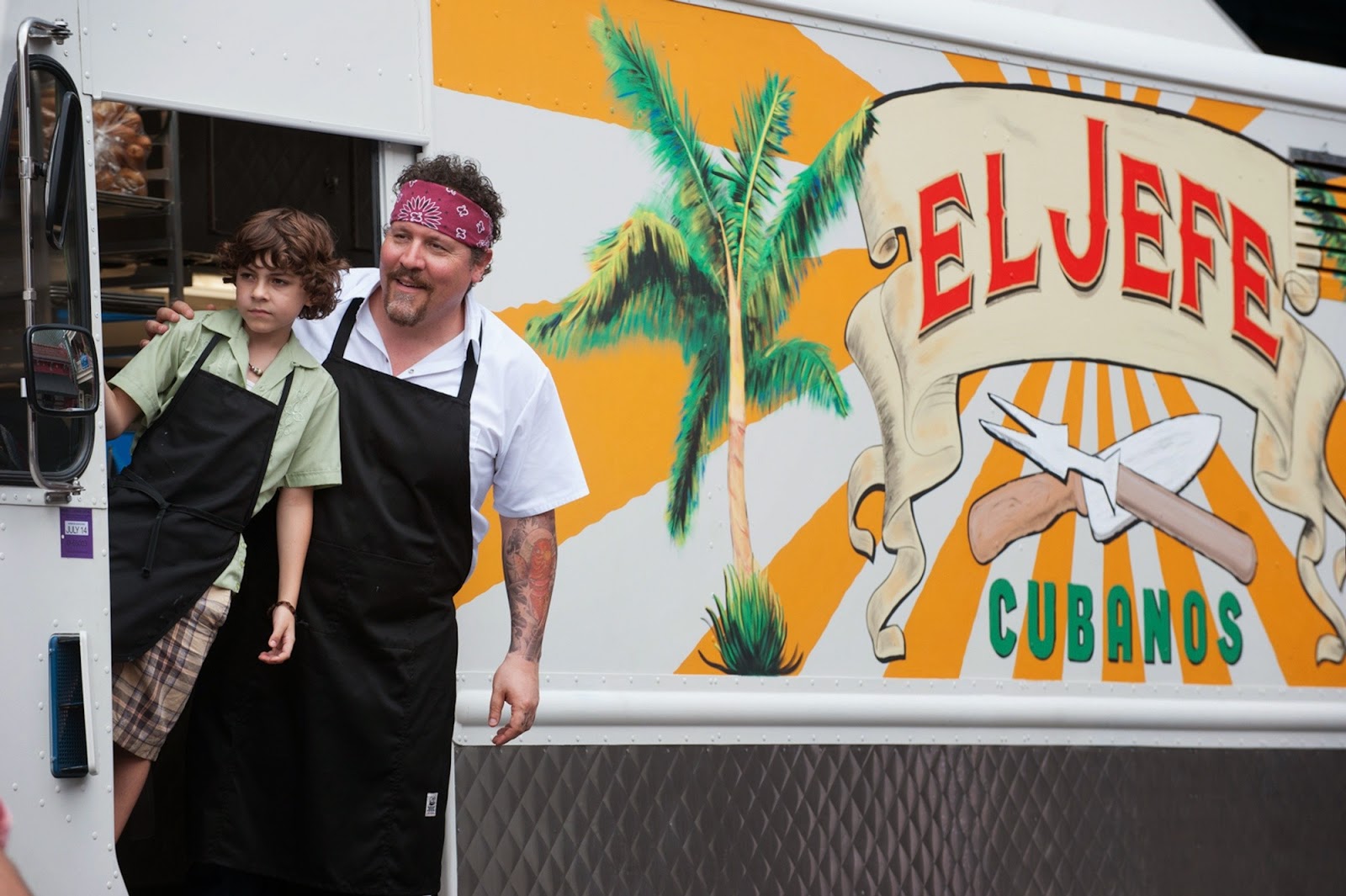 We follow Carl’s story as he wonders what to do next, knowing that cooking is the only thing that makes him truly happy. Ex wife Inez suggests he gets a food truck to be his own boss and rediscover the joy of cooking for genuine customers, so he does and that’s where the story really takes off. What it’s really about, as these things tend to be, is Carl rekindling his relationship with his ten year old son as well as his one with food. It’s about a man remembering what life is all about, and finding out where he left the passion he had a decade ago.

As you may gather, I liked ‘Chef’. From the trailer I thought it should be okay, but was not expecting such a beautifully made film. Even though it contains such well known faces as Robery Downey Jr, Dustin Hoffman, Sofia Vergara and Scarlett Johansson it doesn’t need them. ‘Chef’ would stand up well if the only person in it you’d ever heard of was Favreau himself. It trundles along good naturedly, making you care for every single character as it goes along, and making you want to eat every single thing Casper cooks up. An ideal ‘date’ movie, ‘Chef’ contains the sort of heart that you don’t get from big studio movies, so go and see it.