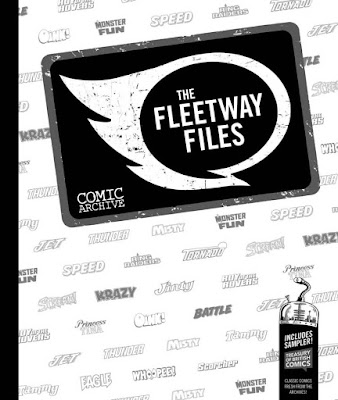 With Rebellion's acquisition of a horrendous amount of back catalogue from Fleetway, there's a renewed interest in the output of Britain's legendary comics group. A perfect time, then, for this smart publication to be released, delving as it does into Fleetway's golden years (and some rusty ones, too). Publisher Hibernia has already impressed with previous publications, but have outdone themselves with this 100 plus page perfect bound love letter to our youth. 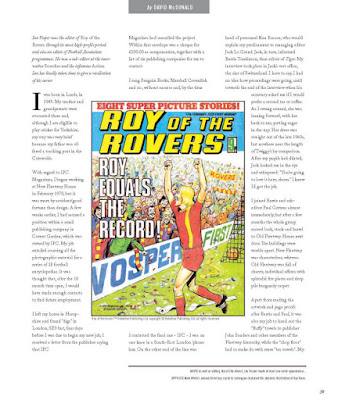 For your money you certainly get a rounded selection of features. There's one on girls comics and their surprising depth (and popularity), a 'Roy of The Rovers' piece, plenty on the relaunch of Eagle in the 1980s, a stunning piece of unpublished art from Massimo Bellardinelli's 'Mars Force', and interviews galore with major figures from the UK comics scene, all of whom seem really lovely! Gil Page, Scott Goodall, Dez Skinn, David Hunt and the great Barrie Tomlinson are a few of them, and every one has plenty of stories to tell in their own way. One linking theme (apart from comics) os that they all seem to have loved what they did, which is nice to know.

Also inside is a sixteen page example of the sort of strips that came out of Fleetway, like the wonderful 'Hot Shot Hamish', the unusual 'Glory Knight: Time Travel Courier' and the downright awful 'Amazing Three'. As a single company now owns them all, it's exciting to wonder what they may put out as a collection next, following on from the wonderful 'One Eyed Jack', 'Leopard From Lime Street', 'Misty' and 'Marney The Fox' to name a few. Rest assured they will all be reviewed here! 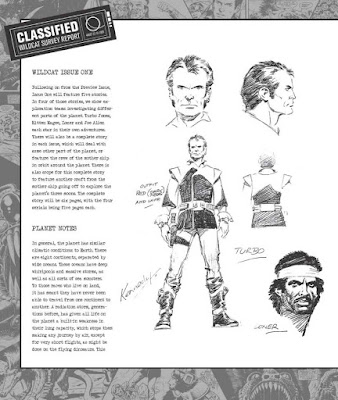 The Fleeyway Files is not a cheap purchase at fifteen quid including postage, but if, like me, you have an interest in British comics of the latter half of the last century you will absolutely adore it. Lovingly put together and resaeched by people with a genuine affcetion for the maerial, The Fleetway Files is a must for anyone who has ever dreaded the words 'Great new for all readers inside'...