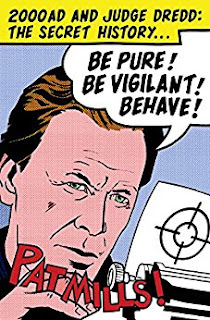 Partrick Mills is a legend. I don't mean that he's a mythical beast talked about in hushed tones that no one is quite sure actually exists, more that he's, well, legendary. the simple truth is that his contributions to British comics, from girls & war comics to creating 2000AD, are immesurable. Not that Pat doesn't mind giving it a go, as in this autobiography he details as much as he can remember (and print without getting sued), focussing on the Galaxy's Greatest Comic in particular. 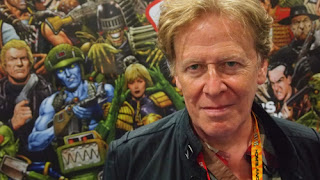 The book promises the 'Secret History' of 2000AD and Judge Dredd, but if you've read other, official, books there isn't a great deal here that will come as a surprise. the value here is in reading such a personal account of a man who has been a constant presence in the comic since it's inception. Anyone who knows Pat will know he can be an opinionated, tetchy sort, and to be honest that's the only way I'd have him. Throughout the book he rails against bad editorial decisions, bad company policies, bad artists, and bad everything else (although he does leave the strip Bad Company alone). This could just be the rantings of a bitter man, but it's patently obvious Pat's gripes are authentic and with very good reason. It's a miracle there was such a massive Britsih comic scene, and no surprise that it collapsed in on itself. 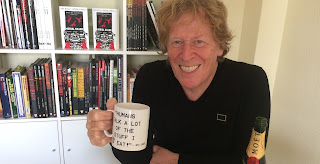 There are plenty of plugs for his 'Serial Thriller' book (see review elsewhere) thoughout, although in fairness it does deal with British comics in the 70s. There's also a lot of repetition and some awkward subject jumps, not to mention a few words that don't actually exist. I have to say that Mrs Lisa Mills could have been a bit stricter in her editing! Nothing gets too annoying (unless you are wound up by new paragraphs instead of paragraph breaks), and the whole thing kept me up late at night to see what would come next (hint: someone annoys Pat). As a bonus, readers are offered an unpublished account of a staff party if they subscribe to Mills website, a smart move if ever I saw one. The frustrating thing is the times when he tells you about something then says something like 'it's too long to go into here'. Pat - we love your stories, and are happy to read any length accounts, so please don't hold back on our account!! I think we can be safe in assuming a further volume will be forthcoming to fill in some of the gaps. 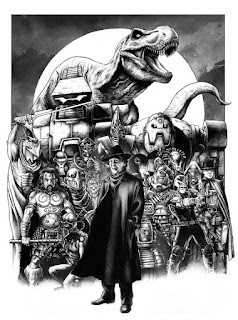 So the Godfather of 2000AD may not be the cheeriest soul in the world, but neither would you be if you'd battled 'through a minefield of imbeciles and chimps' for over forty years. Pat has delivered the expected frank account of his time in the British comics system, and it's a wonderful companion piece to the likes of ewditor Steve MacManus' book, or even the official '40 Years Of Thrill Power'.