THE MIGHTY ONE: MY LIFE INSIDE THE NERVE CENTRE - BOOK REVIEW 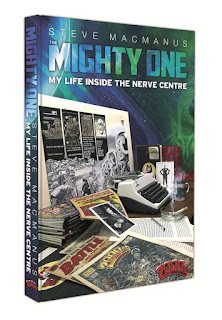 I should tell you straight off that I have read every issue of British comic stalwart 2000AD for nearly forty years now, so was really looking forward to reading these memoirs, penned by former Editor (amongst other things) Steve MacManus. When it finally dropped onto the mat I settled down for what promised to be a good read, dark glasses on as I opened the cover and winced from the thrill power held within. 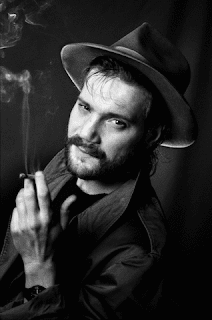 Okay, so the image conjured above is akin to the sort of bollocks often peddled by people like MacManus when hiding behind the green rubber mask of Tharg The Mighty, but for a long time fan and enthusiast for comics history this is a genuinely exciting publication. The excitement is tempered somewhat by the rather cheap nature of the paper used for the book, akin to the legendary ‘bog roll’ of early issues of 2000AD itself, or for non comics readers a book club edition of a novel. So, taking extra care not to put my finger through the pages, I ploughed on and lost myself in the world of 70s and 80s British comics.


Thankfully, MacManus doesn’t pad his tale with a few chapters about growing up, preferring to focus on his introduction to the comic industry and subsequent career. We learn of his beginnings on some of the many war comics published by Fleetway in the 70s, comics he still has a lot of affection for, and even though these are not 2000AD the recollections are never less than interesting. Naturally, the meat of the book covers his time in the green mask of Tharg, covering what many still consider the heyday of  2000AD, working with some of the most talented, innovative creators in the business. When he came out of the other end he was responsible for the likes of Crisis and Revolver, valiantly trying to sell mature comics to a population who didn’t care half as much as they used to. Through it all, MacManus seems to have preferred hiding under his desk rather than getting too involved in politics, but even so played his part in getting proper rights for creators when he could. Of course, there’s also “Bad Steve”, who would come out and piss people off left right and centre, leaving normal Steve to clear up his mess. 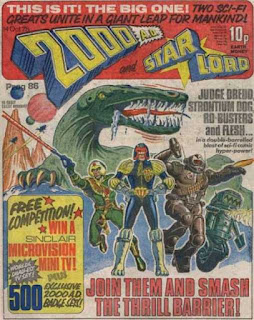 “TMO:MYITNC” is a cracking read from start to finish. It’s interesting, well written and genuinely amusing at times. For example, early on MacManus says Dennis he Menace was created by Leo Baxendale, which I found hilarious as he should know better! Regardless of that, I cannot recommend this highly enough for anyone with a keen interest in either 2000AD or 1970s British comics in general. 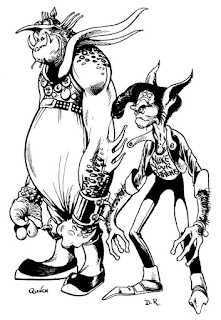