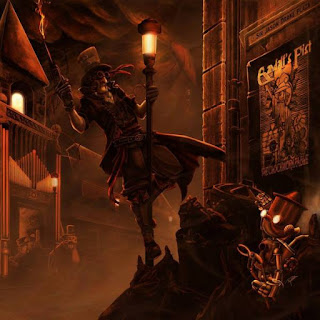 I have an odd relationship with prog music, as it seems to either bore me to death or excite me enormously. I love It Bites, Flying Colours, Frost and the like, and as a younger man enjoyed IQ and Pallas, as well as Fish era Marillion. I’m telling you all this so you can see I like prog that has a bit of rock in it, not just meandering 15 minute yawn-fests that are atmospheric rather than fun. Much has been said about this, the 6th Gandalf’s Fist album, and I just had to have a listen for myself. That was a month ago, and I’m finally able to give it a proper review. 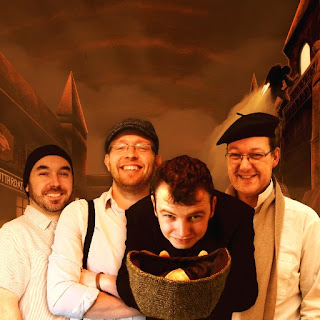 The reason it’s taken so long is that “The Clockwork Fable” is a three disc concept album that really has to be listened to as a whole to appreciate what the band have done, and finding a spare three hours these days is a tricky thing! Mind you, it’s well worth rearranging your schedule for this little beauty. Telling the story of a future civilisation forced to live underground after the sun fizzles out, this is a tale of good, evil, daftness and badgers. It’s all tied to a realization that the sun has returned and the desperation of those in power to make sure no one is able to leave the city and clarify this. 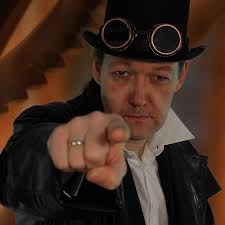 The meat of the story is contained in full cast excerpts, generally between each musical track. All kudos must be thrown at the band here, as not only have they got decent actors in, but they’ve also written a compelling narrative with a script that never sounds clunky. Background noise and music add a tremendous atmosphere to these parts, and an intrinsic sense of humour staves off any potential boredom as you catch all sorts of gems hidden in the conversations. Elsewhere, of course, is the music, and this takes the challenge set by the story parts and runs with it. If you want to imagine ELP, Marillion, Jon Mitchell and Iron Maiden getting together to write an opera you wouldn’t be far out. Guest artists like Arjen Lucassen (Ayreon) and Blaze Bayley make a definite impression, and relative unknown Melissa Hollick fills out the sung parts of Eve (the main female character) beautifully. Bayley himself is in fine voice here, shining through the twelve minute “The Sign Of The Aperture” like a metal beacon. 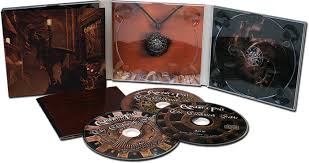 So why has the UK concept album got full marks? To be honest, it’s probably second only to Jeff Wayne’s “War Of The Worlds” in terms of carefully plotted, musically diverse storytelling. This makes Rush’s “Clockwork Angels” look like a child’s poem scrawled on a post-it note. Masterful in every way and a real joy to experience, this is simply the best prog album that has ever been released, raising the bar for every concept album that will follow. When it rocks, it rocks hard, and when it progs it progs with passion, Just remember - beware of the badgers…