THE TIMEWARP ARCADE at Bridgwater 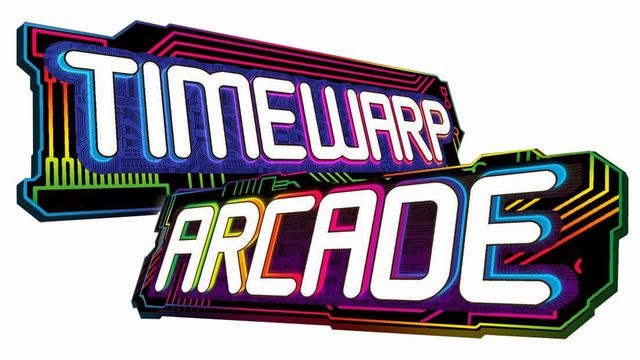 I am old of those odd people who has been playing video games since way back when Space Invaders first crunched it’s way into the arcades. Before that, I played the old Binatone home console, the one that theoretically had ten games but in reality was loaded with several slight variants on Pong. It didn’t matter, because when that’s all that you’ve got, all that you’ve known, it’s nine kinds of awesome. Give a kid a Binatone machine today and he’ll think you’re mental, and anyway he wouldn’t be able to find the aerial socket to plug it into. 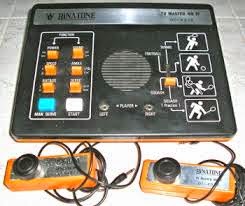 Fast forward forty years or so, and video games have changed. Fork over your fifty quid and you’ll most likely be taken on a graphical adventure where the aim of the game is to get from the beginning of the story to the end, hopefully having some fun on the way. I’ve enjoyed playing these massive masterpieces as much as anybody, but deep down I will always fondly remember the days of limited lives and high scores, when a handful of 10p pieces would guarantee a fun hour or two whilst mum sat down for a cup of tea and a fag. 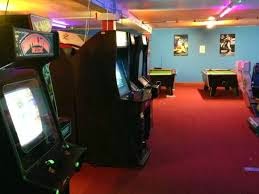 I tell you all this because you might get a sense of how excited I was to find out that there was a retro arcade a short train ride from where I live. The Timewarp Arcade is situated in Bridgwater, a small West Country town that also boasts a disproportionate number of retro game and collectables shops on the high street. Whilst this may suggest it’s a bit of a town that time forgot, it suited my purposes to a T. 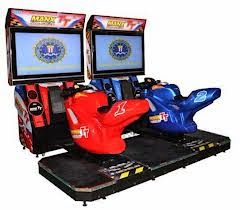 The Timewarp Arcade is only open in the evenings and weekend, but their entry policy couldn’t be more perfect. Pay a fiver (six at weekends) and once you’re in everything is on free play. If you want to spend a few hours honing your skills on Space Invaders you can do so, or you can flit like a bat from machine to machine, sampling all and mastering none. In total, there’s about 50 retro arcade machines (some on multi cabinets), plus two pool tables, and air hockey table, table football (it’s a table-y sort of place) and a solitary pinball machine (the tricky ‘Lethal Weapon 3’). 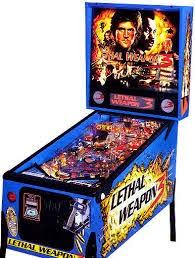 The retro crowning glory for me was twofold. First, I saw an old ‘Star Wars’ sit in game, perhaps the game that most made me go ‘wow’ as a kid, with it’s stunningly realised wire frame graphics, film soundtrack samples and fast, difficult gameplay. It took me back to when I first saw (and heard) it in a Weston-super-Mare arcade, begging my mum for the 50p (which was steep) needed to play it. It was awesome then, and it still is. Mind you, I’m still not very good at it, but that’s not important when you’re having fun. The other machine I was overjoyed to see is Lunar Rescue, a sort of Space Invaders inspired game from 1979 (only a year after Space Invaders itself). I used to play this in the Youth Wing at school, over thirty years ago now, and was keen to see if I still had what it takes, as I was always the high score holder back then. It is one of two table top games in the arcade, where you sit down to play (and spread your legs because there’s no sodding room underneath), but as that’s how I played it way back when it seemed natural to do it again. I have to say that it’s still a brilliant game, a creative take on the Invaders genre, and I also have to say that I got the frigging high score, as I did on Galaxians, another old favourite of mine. 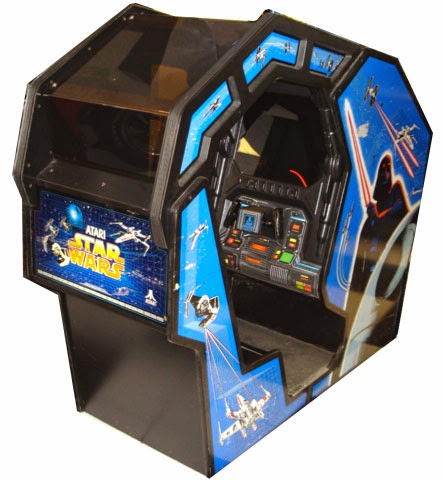 I can honestly say that this was one of the most fun afternoons I’ve had for a long while. I straddled the Manx TT Superbike, swore at Lethal Weapon 3 pinball, stuffed a local at table football and Air Hockey, played Space Invaders for the first time in yonks, realized that the OutRun sequel Outrunners is utter shite, laughed at fat men in their forties playing on a dance machine (I didn’t have the nerve to do it myself) and generally wished I didn’t have to work later on so I could stay til they closed. The biggest surprise was that it wasn’t busy, just a handful of people coming in and out on a Saturday afternoon. 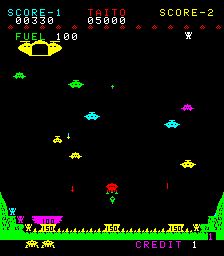 If you are anywhere near Bridgwater, I thoroughly recommend a visit to the Timewarp arcade, as it’s a haven for old machines (plus a few consoles set up for more modern multiplayer fun). I will certainly be returning, maybe to be brave and join the other fat men in their forties on the dance machine, or maybe to get better at Star Wars. Then again, I might just play as many games as possible and suck at them all, although there’s always the hope of getting to put your initials on that high score table…

The Timewarp Arcade is at Watson's Lane, Bridgwater, TA6 5BE