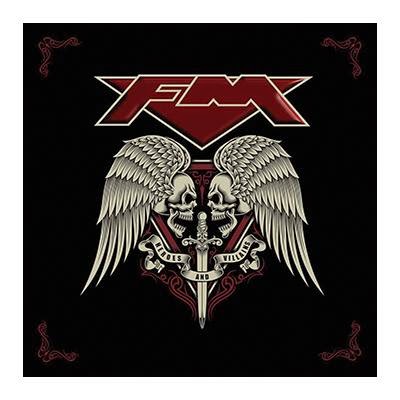 Perhaps the best example of a musical phoenix rising from the ashes, FM have gone from strength to strength since their reformation, constantly delivering great music, not only on albums but also on EPs that are longer than most people’s albums. You want value for money, then be an FM fan. As anyone who has studied the Kama Sutra knows, though, it’s not the length that counts, it’s what you do with it, and FM wield their weapon like a samurai.

‘Heroes & Villains’ has a lot to live up to, following as it does the impressive double act of ‘Rockville’ parts one and two. A move to melodic rock’s uber label, Frontiers, doesn’t seem to have changed anything except probably distribution and promotion, and what we have here is another album that’s FM to the core. Those waiting for a proper sequel to the debut ‘Indiscreet’ won’t be happy, but that’s never gonna happen. What we have here is what could be the best thing the band have done full stop. 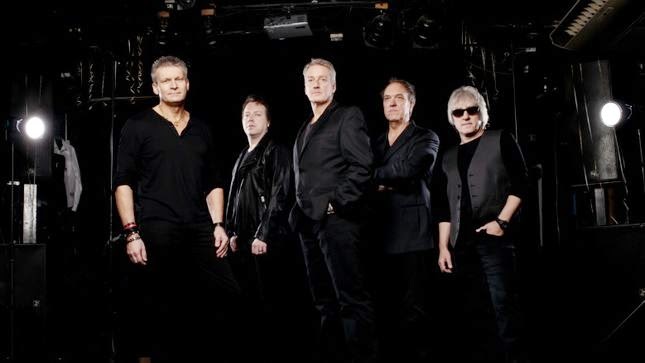 It’s an album of a few parts, so let’s start with the upbeat melodic rock tracks. These are the tracks that are smooth as silk, radio friendly AOR anthems, much like ‘Bad Luck’ of old, or ‘Crave’ from ‘Rockville’. There’s four tracks that fit into this mould, and all are superb, including what, for me, is the best track on the album ‘Shape I’m In’. This is one of those tracks you can play over and over again, with the added bonus of a healthy dose of ‘Woah! Yeah!’ to punch the air to. ‘Best Thing’ and ‘Call On Me’ follow the same template and are full to bursting with melody, whilst ‘Life Is A Highway’ is a quintessential open top car on a California road track.

Next, we have the bluesy hard rock tracks, where the guitars get a little crunchier and the melody is a bit more ‘chuggy’, as in ‘Burning My Heart Down’ or ‘Tough Love’. Lead single and opening track ‘Digging Up The Dirt’ is a prime example, a real gut punch of a track with an infectious hook and a solid beat. We’ve also got ‘Big Brother’, a track coming out as quite a few people’s favourite, ‘Fire & Rain’, ‘Cold Hearted’ and ‘I Want You’. Mix them up with the upbeat tracks and you get a real good picture of what FM are like these days. 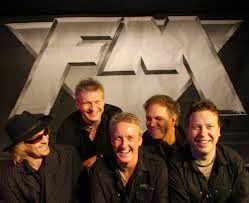 Finally, there’s the ballads, something FM have always been pretty good at. There’s two here, and in all honesty they’re two of the best the band have done. ‘Incredible’ splits the album in half and is an unashamed ‘I love you’ slush fest, whilst ‘Walking With Angels’ similarly closes the album. Whilst both are excellent, the sheer passion that comes across in the latter has made it perhaps my favourite ballad the band have ever done, so suck on that ‘Frozen Tart’.

In the middle of everything else is the track ‘Somedays I Only Wanna Rock & Roll’, which is exactly what it sounds like. This is a brilliant, upbeat melodic track with blues overtones that straddles the two main categories. This, people, is the track that should finally nudge ‘I Heard It Through the Grapevine’ from the live set. 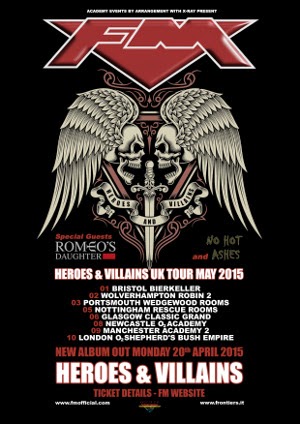 So yeah, I like this. Steve Overland sounds fantastic throughout, but that’s to be expected, as is the competence of the rest of the band. The production is spot on, the songs virtually faultless and even if the cover looks like one The Almighty rejected in the 90s it’ll do. ‘Heroes & Villains’ stand as one of the best, if not the best, FM albums and is sure to delight existing fans as well as win a few new ones. Bring on the tour.

'Digging Up The Dirt'