THE PUNISHER ON FILM - OVERVIEW

The Punisher is forty years old. Forty years since Gerry Conway created him for his Amazing Spider-Man title, the big loony with a skull shirt and plenty of weaponry. Since then he featured in plenty of comics, never really realizing his potential until Garth Ennis got hold of him in 2000. Although his first run at the character was brutal it had a sense of fun running through it, his second, under the MAX banner, went deeper. Punisher MAX saw the character finally get the treatment he deserved. Ennis and a succession of gritty artists made the Punisher into the ultimate killer. They also took him away from the same old mob killings and introduced creative scenarios, often more akin to a war comic than anything else. For me, this IS the Punisher. 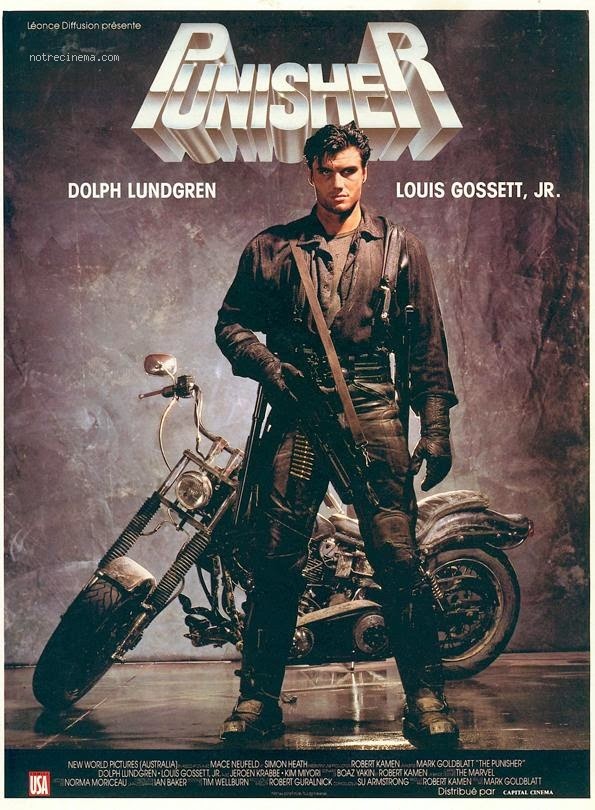 The first Punisher movie was released in 1989, with Dolph Lundgren as the main man. It was the first film to be written by Boaz Yakim, who has since written several other shit films (as well as a couple of good ones, to be fair). Saddled with a first time writer is bad enough, but The Punisher also got a rookie director in the shape of Mark Goldblatt. Much better known as a veteran editor, Goldblatt’s only other directing credit was the fantastically awful supernatural cop buddy comedy ‘Dead Heat’. After The Punisher he only ever did it one more time (on an episode of ‘Errie, Indiana’) and after watching The Punisher I’m glad of that. The films faults are legion, and start with the totally charm free Lundgren. He certainly looks the part, but that’s about it. Not that he has much to work with, mind, as the script is rather pathetic as well. Throw in abysmal fight scenes  (with, for some reason, several people being pinned to walls) and clumsy cutting and you have a film that is a poor bookend to a decade that provided us with so many action classics. Basically, it sucks. 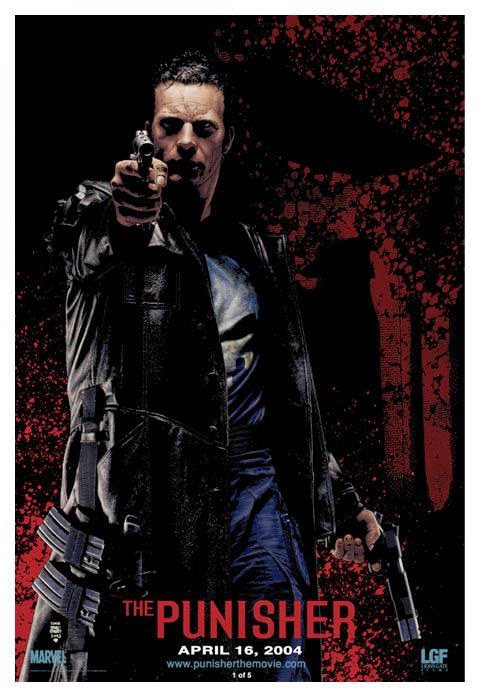 Sensibly, Hollywood left Frank castle alone for the next fifteen years, but Ennis’ resurrection of the character must have persuaded someone to give it another bash. Helmer and co-writer this time was Jonathan Hensleigh, the man who brought us Die Hard With A Vengeance and Armageddon among others. So it was a promising start, with Hensleigh having plans for a sixty million dollar all action movie. Unfortunately that was cut down to fifteen million and extensive re writes were necessary. What this means is we get The Punisher playing mind games with his target instead of blowing shit up, and it’s not remotely exciting. Thomas Jane plays Castle pretty well, with John Travolta scraping by as the big bad mobster, and there’s even some good supporting turns, notably the reliable Will Patton. They even pull some stuff from Ennis’ original run, and have a good go even though it doesn’t really work like in the comics. Whilst there’s a good lot of things to like about the movie, in the end it’s just not engaging enough, with a mid section that drags horribly. An improvement on the 1989 attempt, but still not the Frank Castle we deserve on screen. 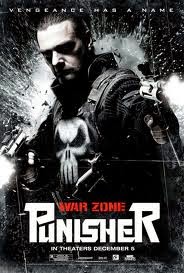 Finally, we come to Punisher:War Zone, the 2010 movie that nearly got it right. A number of important boxes were ticked on the way, staring with Ray Stevenson as The Punisher. He looks perfect, has some charisma and importantly is decked out in Kevlar and the like throughout. Whilst Thomas Jane’s moron Punisher went into a  firefight wearing a sleeveless Kevlar vest, this version goes fully expecting to be shot at. The film also introduces occasional Punisher support character Micro (played well by Wayne Knight), the guy who gets Frank all his ordinance. The plot is solid enough, as Frank accidentally kills an undercover agent and has to protect said agent’s widow and child from crazed mobster Jigsaw. It’s tied in by the fact that Jigsaw’s grotesque face is the result of The Punisher putting him through a bottle grinding machine. Whilst Jigsaw and his brother Loony Bin Jimmy are standard villain caricatures, even they cannot ruin what is a very gritty movie. When The Punisher goes into a firefight he uses proper tactics and is smooth and efficient. You really believe that this man knows what he is doing and enjoys it. This is the veteran soldier of Ennis’ MAX series, with barely a laugh throughout and plenty of dead bodies. The Ennis run was a very obvious inspiration, and the strong script shows genuine attention to the main character. It’s not perfect, with a few over the top moments that seem out of place and the aforementioned caricature gangsters, but it’s the closest yet.

So what could the future hold for The Punisher? As I see it, if someone took the Punisher MAX series from Ennis and made an adult TV series based around some of the stories and the character as written there they’d have a hit. Not just mobsters, but human traffikers, international terrorists and plain old scumbags. The Punisher should be dark and gritty, but should ideally reflect the lowest dregs of the world we live in, where the only light is a brick shithouse wearing a skull on his chest.

To finish, here’s the ten minute short that Thomas Jane starred in a couple of years ago, reprising his role for a lowly fan film, albeit it a very, very well made and written one. If you haven’t seen it, it’s well worth a look.