Film Review - "Dawn Of The Planet Of The Apes" 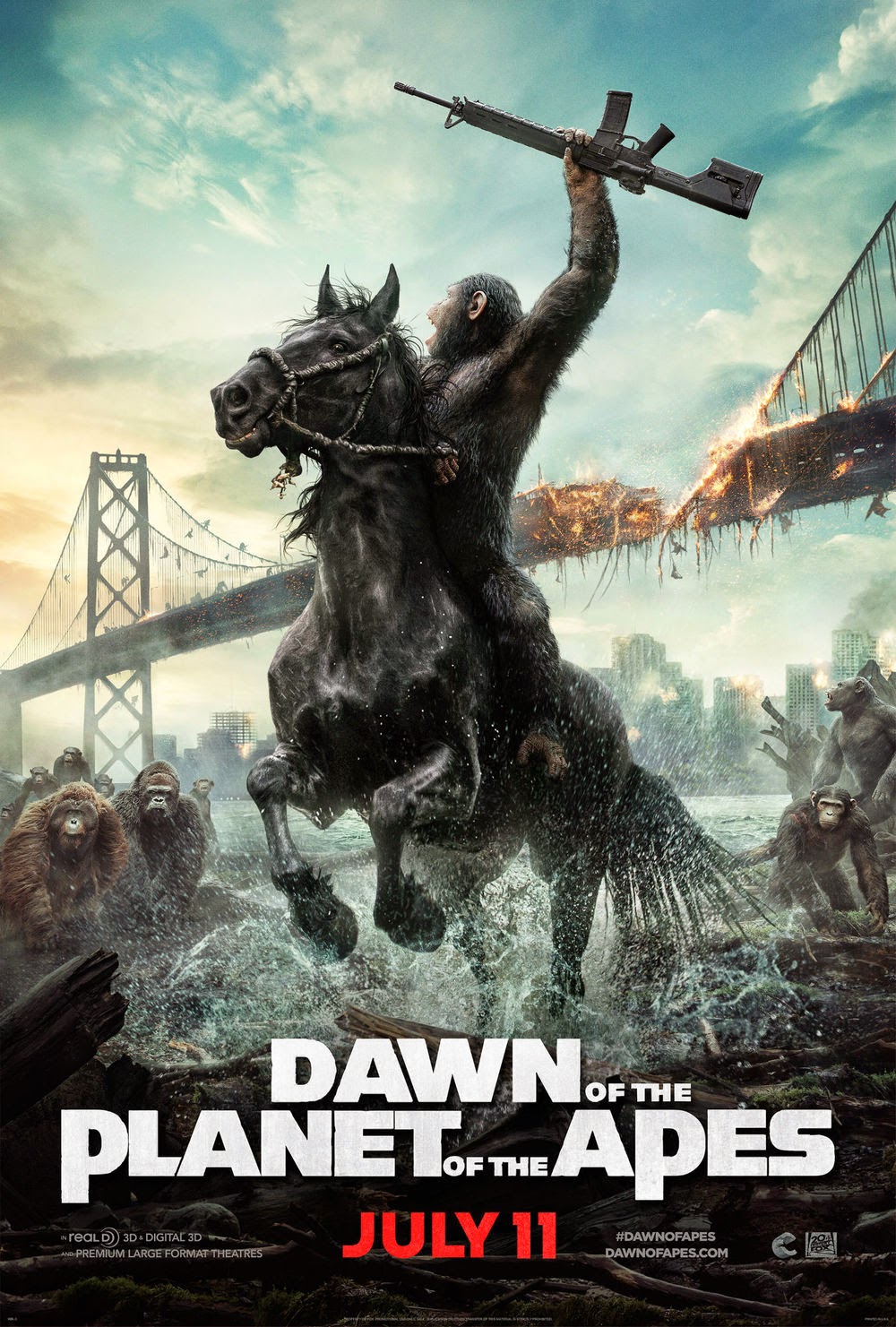 I’m a big fan of the old school Planet of The Apes movies, and rate the original as one of the finest films ever made. Considering it was made 45 years ago the acting, script and even the make up has held together astonishingly well. I even liked Tim Burton’s much maligned version, which itself had some amazing make up. For me it was a good film that only died on it’s arse with the awful ‘surprise’ ending that mystifies me to this day.

So it’s established that I’m an Apes fan, so it will come as no surprise that I absolutely loved Rise Of The Planet of The Apes, a film that actually came up with a plausible (for cinema) way that the whole mess could have happened in the first place. Combine that with a very powerful, emotional story and flawless motion capture effects and you have the kick start to a whole new Apetastic era. So what next? Well, this… 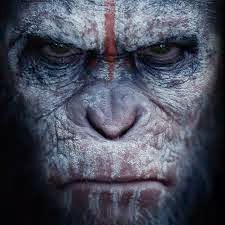 In Dawn Of The Planet Of The Apes we join the story ten years later, with the simian flu having wiped out a fair percentage of the Human race. Meanwhile, Caesar and his apes have been building a community in the woods near San Francisco untroubled. Until now, as the San Francisco survivors want to use the dam near the Apes home to generate power. Caesar is cautiously agreeable, whilst Koba, who has only known the cruelty of humans, urges the leader to wipe the humans out. The humans have their own dickhead in the shape of Carver (Kirk Acevedo), who seems to only be in the film to act like a total arse. Will there be war between apes and humans despite Caesar and Malcom’s best efforts? Well, it would be a pretty dull film if there wasn’t, eh? 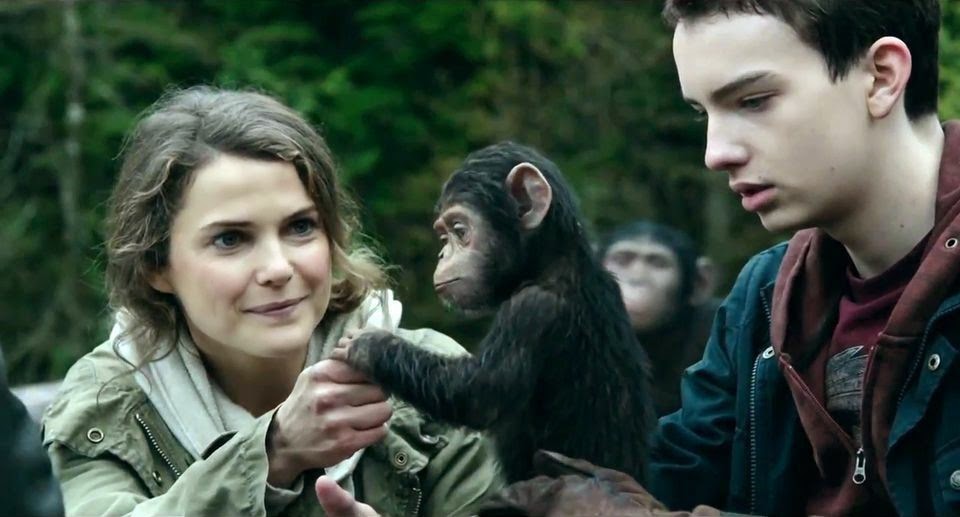 Dawn… is another powerful film from the same creative team as Rise… - you don’t really root for either side, but you can emphasize with each of the main protagonists. The character of Caesar is amazing, his eyes blazing with wisdom and power, his movements that bit more human than the rest of the apes. Koba again is beautifully realized, a devious bugger who will do anything to set ape against human, reasoning that the end justifies the means. We are also introduced to Bright Eyes (a nod to the original), Caesar’s son, who is caught between the two. Again, the apes are as real as anyone could imagine, bringing an authenticity to the film that could never previously have been achieved. Story wise it’s not as emotional as the first one, mainly because we have more protagonists to follow. This isn’t a happy film, people, it’s a dark, violent one. 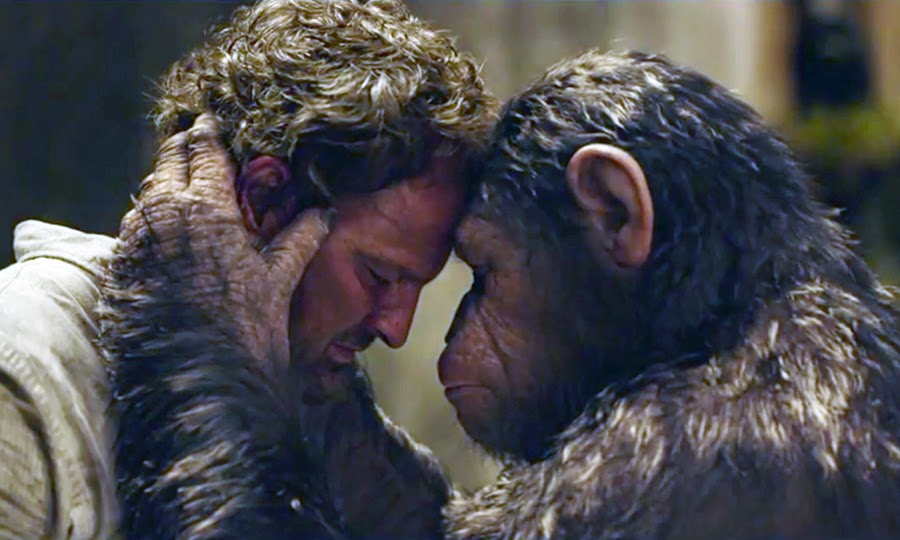 If compared to the original movies, Dawn… would be somewhere between the new society and hope of ‘Battle For The Planet Of The Apes’ and the bloodshed of ‘Conquest Of The Planet of The Apes’. It ends making you want to know what happens next, and we will certainly find out in a few years with the third part. The big question for that one will be: will they blow it all up? I, for one, can’t wait to find out. Ook!

We've come a long way from this: