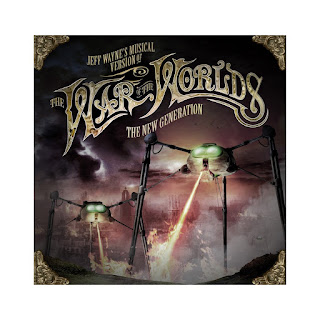 No one would have believed, that in 1978 a musical version of H.G Wells’ classic sci-fi novel ‘War Of The Worlds’ would actually be a critical and commercial success. A million to one, they said, but it was a success anyway. Beautiful, dazzling and emotional, it has endured for over 30 years now, but who would ever think that a new version was needed, let alone wanted?

The release of this new version is a bit of a head scratcher for purists. Sure, this ‘The New Generation’ and all that guff, but can you improve on perfection? The short answer is ‘no’, because this isn’t better than the original, but the long answer is ‘no, but it’s brilliant anyway, because it’s War Of The Worlds’. 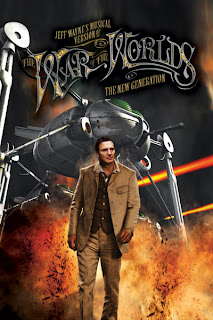 So first we have the personnel changes. Top of the list is Liam Neeson, whose deep, passionate voice is an able replacement for the departed Richard Burton, and if you see the new live show his hologram will wander about and interact, by all accounts. David Essex’s Artilleryman is now brought to life surprisingly effectively by Kaiser Chief’s frontman Ricky Wilson, who puts in a very Essex-like performance that he will replicate for the tour. There’s also great casting in Joss Stone as Beth, with Maverick Sabre as her husband, the Parson, Nathaniel. Good stuff, all of them, and they keep the drama alive with passion to spare.

The only downside to this new version is Gary Barlow, who cannot hold a candle to Justin Hayward on the deeply emotional ‘Forever Autumn’. He just hasn’t got the vocal chops to carry such a song, and although competent is not good enough for this project. Aside from him, however, it is genuinely hard to find fault with the new performers. 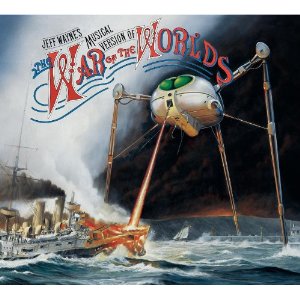 Musically, there isn’t a great deal of difference, other than a more modern production that works very well in headphones when you whack the volume up. There’s a touch too much with some new keyboard layers at times, but it’s a small niggle.

The question of which is best is rather a moot one. If it wasn’t for Barlow’s vocals then it would probably be a dead heat, and I can see the new star names bringing this superb musical dramatisation to a new generation of fans, which is never a bad thing. If you have never hear this before, I would say stick to the original, with it’s fantastic presentation and Justin Hayward vocals, as well as David Essex and Phil Lynott. That said, the new version still has the power to move anyone who hears it, and as long as you get one of them, you’ll enjoy the hell out of it.