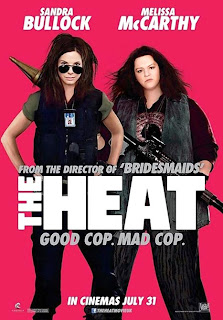 I guess I should get something out of the way before starting the review proper: I think Sandra Bullock is one of the most beautiful, talented actresses out there. As a result, I tend to enjoy her films, even “All About Steve”, for which she won a Golden Raspberry Award (which she collected in person, the only person other than Halle Berry to do so). What this means is, basically, I was looking forward to “The Heat”, especially after snorting beer from my nose just watching the trailer. Bring it on… 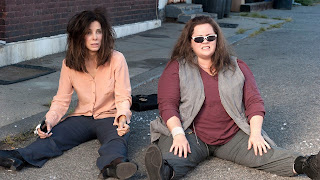 What “The Heat” is, at heart, is a buddy cop movie, like you’ve no doubt seen a million times before. One cop is uptight (Bullock as an FBI agent) and the other is, well, not (Melissa McCarthy, better known as Molly from “Mike & Molly” and fresh from another turn as an obnoxious bitch in “Identity Thief”). Bullock is a by the book crime solving genius who just about everybody hates, whilst McCarthy is a tough street detective who isn’t against a little police brutality. It should also be noted that she also swears like a trooper throughout the film, something McCarthy is very good at. People who think searing isn’t funny need to watch this movie, because it’s fucking hilarious when done properly. 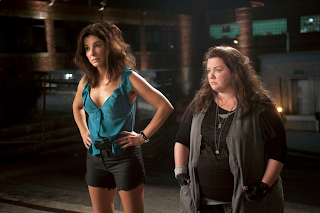 The two leads spark off each other effortlessly, with Bullock having her rigidity chipped away by McCarthy, who in turn learns that she can rely on another person. You know, all that sort of crap. Mccarthy’s blunt approach to life is very, very funny, and lovely though Bullock is, the film is basically stolen from under her pretty feet. There’s a few gunfights and the like, but this is really all about the two leads and their catty relationship. 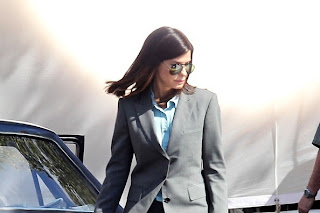 There’s already been a sequel greenlit for “The Heat”, and I’m nota t all surprised. I kept e laughing throughout, with the wafer thin plot only getting in the way of the sparkling dialogue and absolutely brilliant put downs. This is very undemanding flick, and if you still like stuff like “48 Hours” or “Beverley Hills Cop” this will be right up your alley.