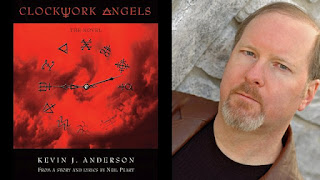 If you are a Rush fan, then there’s a pretty good chance you’ve fallen in love with their superb album “Clockwork Angels”, released this year to extremely positive reviews that were well deserved. Drummer Neil Peart (which I’ve only just learned is pronounced ‘pee-yert’ - who knew!) wanted to do a concept album and put a lot of work into the lyrics, telling a story of an oppressive society where one boy rebels. Okay, so it’s all a little “2112”, but as that is the GREATEST TRACK EVER it’s okay. 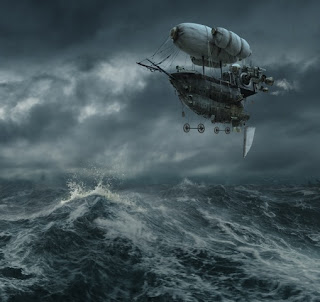 What was special about this story was that whilst Peart sketched it roughly with the lyrics, it was left to acclaimed SF novelist Kevin J Anderson to fill in the gaps with this, the companion novel of the same name. Whereas Peart gave us an unnamed hero and a future/alternative steampunk world, Anderson (with plenty of input from Peart, naturally) has made it into a real place, with real people and a real hero in the shape of Owen Hardy, assistant orchard manager. Okay, so it’s not a glamorous job, but Owen is content and happy, as is everyone in the land of Albion. Albion, you see, is run by The Watchmaker, who resides in the central city and makes sure that everything runs as smoothly as possible, from the weather down to who marries who. Whilst it sounds oppressive, everyone is happy to know their place, and with choice taken away from them they are content. Well, all but one, as The Anarchist has made it his mission to throw The Watchmaker’s world into chaos, to free people even if he has to kill them to do it. Yes, a bit of politics. 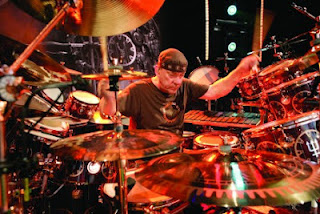 Owen Hardy, they realize, is a potential loose cannon, and both factions pull strings unbeknownst to him, pushing him towards one side or the other, convinced he can be an asset. Owen, meanwhile, finds himself veering from his planned path of marriage and apple orchard management, instead going to new lands and cities, witnessing the awe inspiring Clockwork Angels and searching for the legendary Seven Cities Of Gold. It’s never plain sailing, of course, but it is always entertaining. Add to this, if you will, several beautiful illustrations from long time Rush collaborator Hugh Syme and you have a book that will lose much of it's attraction if you get in on ebook. 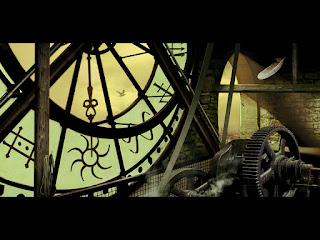 “Clockwork Angels” is best enjoyed whilst listening to the album (no hardship there), and there’s bonus fun to be had for fans as they spot subtle references to Rush’s back catalogue inserted painlessly into the text. Anderson’s prose is as good as ever, once again proving he is the go to guy if you want an intellectual property expanded on with style and panache. As a story it’s not exactly rocket science, dealing as it does with a pretty standard story structure, but there’s enough imagination in Peart’s vision to allow Anderson to shovel in a good dose of originality in the characters and settings. Basically, if you own the album you really should make an effort to pick up the book, as they make a wonderful set. Even if you hate rock music it’s a good standalone SF novel. If you hate Rush and science fiction, however, then I don’t want to know you and you can just sod off. 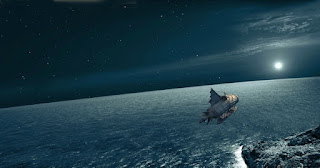